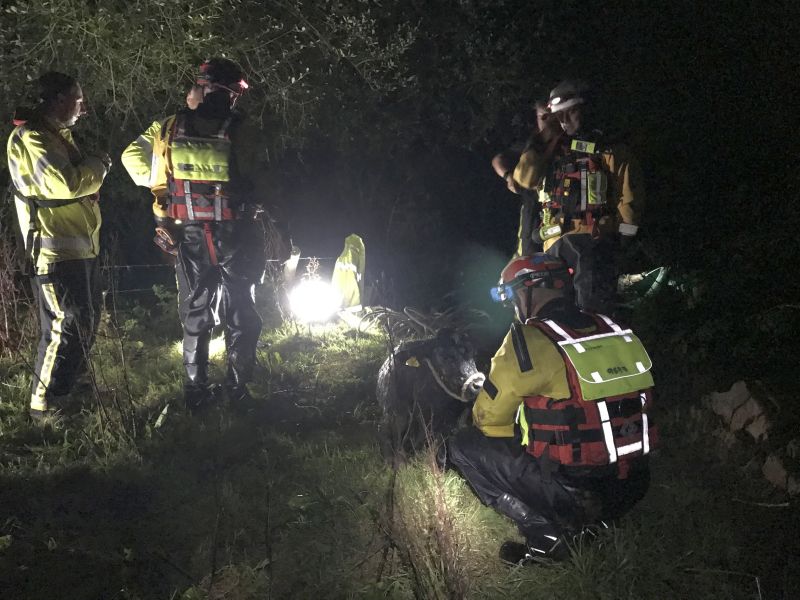 A heifer who fell into a river and was washed downstream was saved after a two-hour rescue mission.

The animal had fallen into the River Exe tributary and washed downstream, near fields off Pennsylvania Road in Exeter on 18 August.

RSPCA animal welfare officer Steve Donohue, who attended the rescue, said debris from the recent storm had pinned her against the bank.

The 12-strong team spent more than two hours rescuing her, and it was gone midnight by the time they left the scene.

"She was struggling to get out and couldn’t keep her head above the 6ft-deep water,” he recalled.

Due to the fast-flowing water and the dangerous conditions, he called the fire and rescue service for support.

“A crew came and called in support from their specialist water and animal rescue team,” he added.

“I got into the water in my drysuit and managed to get a line around her. Then we performed a front assist rescue by pulling her free and up the bank."

Rescuers said the heifer was 'absolutely exhausted', but thankfully, wasn't injured after the ordeal.

"We took the fence down and got her back into her field before building the fence again and contacting the farmer to let him know what had happened," Mr Donohue said.