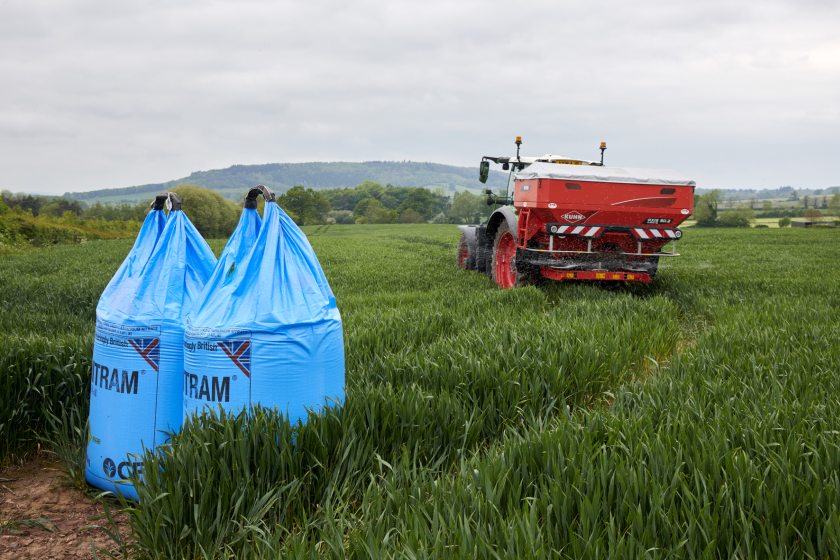 1.0T/ha extra DM of grass is a 'transformative but realistic target' for dairy and livestock businesses

Targeting an extra 1.0t/ha dry matter of grass is an achievable aim for most dairy and livestock businesses and one that could make a huge difference to their production and financial performance.

This is according to Mark Garrett of CF Fertilisers, who said recent grassland trials showed that dry matter gains of at least 1.0t/ha were possible through better use of key nutrients such as N, P, K and S.

“In these challenging times, maximising the production of home-grown feed resources such as grass is still the most cost-effective way of feeding cows and livestock," he said.

“Aiming to produce as much grass as possible within the confines of legislation and guidelines is the single most important management decision you can make to protect yourself from feed market fluctuations, weather variability and the threat of low forage reserves.”

Greater understanding of Nitrogen fertiliser Use Efficiency (NfUE) and the essential role different elements can play in maximising grass growth is why an extra 1.0t/ha DM of grass is a realistic ambition for most producers, he said.

Three years of trials at Reaseheath College in Cheshire have shown that increased NfUE from Nitram AN over urea results in improvements in dry matter yields of 15% in silage and 8% in grazing.

“If you add Sulphur into the equation, the results are even more impressive," Mr Garret said, adding that sulphur was essential in driving N utilisation to its maximum in the plant.

Other trials across the UK have supported this with an extra 21% more grass being seen when using AN over urea being seen and using Sulphur over straight N delivering average gains of 23% in silage and 20% in grazing.

The overall effect of these improvements in grass quality and quantity is considerable and indisputable, he explained.

“Many trials suggest a 1.5t/ha dry matter lift should be possible in silage through fine-tuning nutrition management, but the results underline that a 1.0t/ha improvement should be easily achievable in most grassland-based businesses.

“Well managed grazing is more efficient in harvesting grass, so 85% of the energy in the grass should find its way into your cows so at 12.0 MJ ME/kg, that’s the equivalent of 10,200 MJ ME.”

The energy taken to make milk depends on its quality, he added, but it’s generally 5.4 MJ ME per litre so the extra 8600 MJ from silage would potentially produce 1590 litres of milk and the 10,200 MJ from grazing would yield and extra 1890 litres.

“In terms of meat production, the extra energy from the silage would produce 180kg of liveweight gain or 215kg in a grazing situation," Mr Garrett said.

“If replacing concentrate is the choice, then the extra silage energy from 1.0t/ha dry matter would replace 0.75 tonnes of concentrate or that from grazing would be the equivalent of 0.9 tonnes.”

The trials also highlighted the cost of fertiliser per litre of milk produced is a lot less than many people may think,.

Mr Garrett said: “It works out at about 0.6 to 1p/litre of milk produced which means fertiliser is very much a low cost high return input with the difference in cost between different types of fertiliser not really a significant factor in the overall production of milk.

“It’s what they do in the soil and to grass growth that matters and this is why focusing on NfUE is so important. The stark choice is whether you a want an NfUE approaching 80% or one of not much more than 50%."

He said much of this was down to good management and practice, but the difference was also due to the decisions farmers made around product choice.

“The evidence is indisputable - the better the quality of fertiliser you use and the closer it is matched to grass growth requirements, the higher the NfUE and the better the return on your investment,” he said.