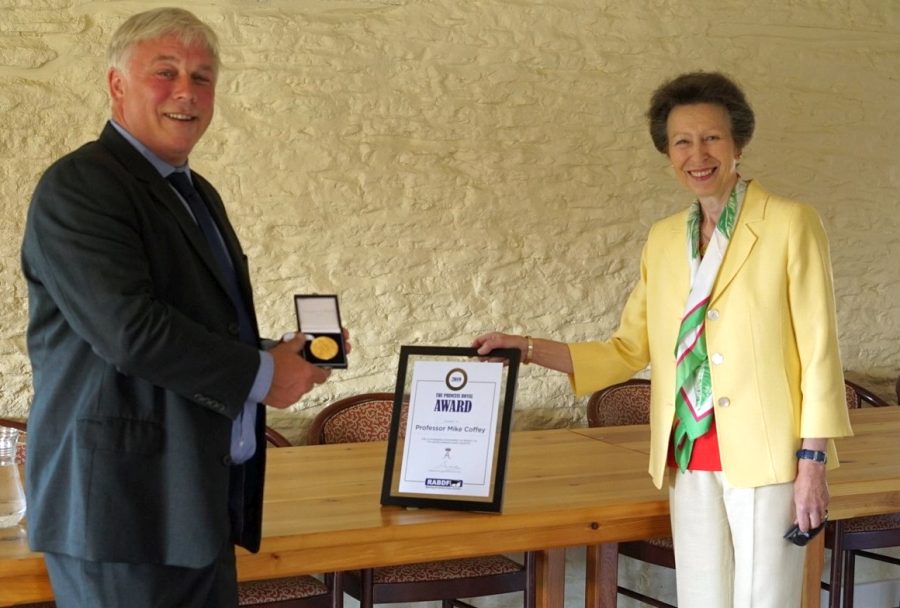 A leading dairy cattle breeder has scooped the prestigious Princess Royal Award for his outstanding lifetime contribution to the sector.

Professor Mike Coffey, who works at Scotland's Rural College (SRUC), has been instrumental in driving forward the genetic development of UK dairy cattle.

The renowned researcher has spent almost 40 years working in the dairy breeding industry and has written more than 85 published papers to date.

Specifically, he has identified goals that are important to the supply chain, including the implementation of genomic selection.

Starting out milking cows after finishing his Animal Science degree at Nottingham University, Prof Coffey went on to work for the Holstein Friesian Society where he developed one of the first sire selection programs.

During his 15 years at the society, he became embroiled in developing new breeding indices for dairy cows as the Holstein breed increased in popularity.

He then joined the Scottish Agricultural College (SAC) now SRUC, where he has continued driving forward dairy genetic development.

Most recently he successfully implemented genomic selection in dairy cows and, by working with others in the industry, has been able to create one of the biggest reference populations in the world.

Later this year a feed efficiency index will be released based on records from the Queen’s Anniversary Prize-winning Langhill experiment which will help farmers select animals that can produce more milk by eating less and as a result, produce fewer methane emissions.

Prof Coffey is also currently looking at the use of milk spectral data to predict various health conditions such as bTB with high accuracy using Deep Learning - which could be a huge game-changer for quick and accurate disease diagnoses.

Commenting on the award, Prof Coffey said: “I was gobsmacked and found it very difficult to find the words to respond to the email informing me of the news.

“It is nice to be recognised for the work I have done and to know it has had a significant impact on the dairy industry.”

Peter Alvis, chairman of RABDF, said Prof Coffey’s work has had a 'massive impact' on the British dairy industry.

“He has been at the forefront of dairy cow breeding for almost 40 years and continues to be so," he added.

"His work in invaluable in helping our farmers produce cows that are productive, profitable, healthy and providing a product the consumer wants.”