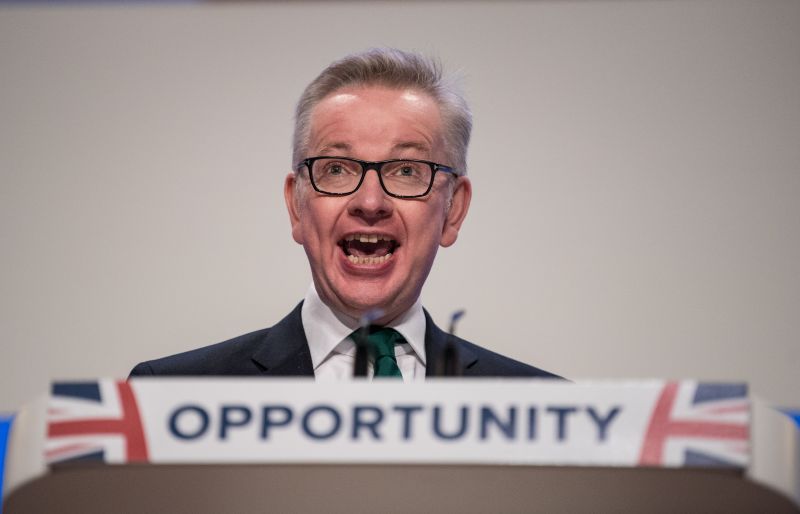 Leaving the European Union provides British farmers with a “world of opportunity”, Michael Gove said at one of the industry's biggest events of the year.

In a speech at the Oxford Farming Conference today (3 January), the Defra Secretary acknowledged that whilst Theresa May's Brexit deal “isn't perfect”, it will allow a 21 month transition period in which current access is “completely unaffected”.

He used the event to call on MPs to support the Brexit deal, due to take place in mid-January.

In his speech, he promised to “continue to demonstrate the case for, and put in place the policies that underpin, long-term investment in British agriculture and the rural economy”.

“A week can be a long time in politics, but farming requires the patience and foresight to see beyond the immediate and scan the far horizon,” he said.

“It is a quintessentially long-term business, one that benefits from as much certainty as possible about the future.”

He added May's deal “allows us largely to diverge from EU regulation after the transition, to leave the Common Agricultural Policy and end all mandatory payments to the EU”.

Brexit is scheduled to officially take place in less than 90 days. And while the clock keeps ticking, the NFU said it is still unclear as to what will happen and when and how that will impact on British food and farming.

In a new year message, the union said leaving the EU with no deal will be “catastrophic” and could have a “devastating impact” on the millions of people working in the industry, “threatening” livelihoods and “severely undermining” farm businesses.