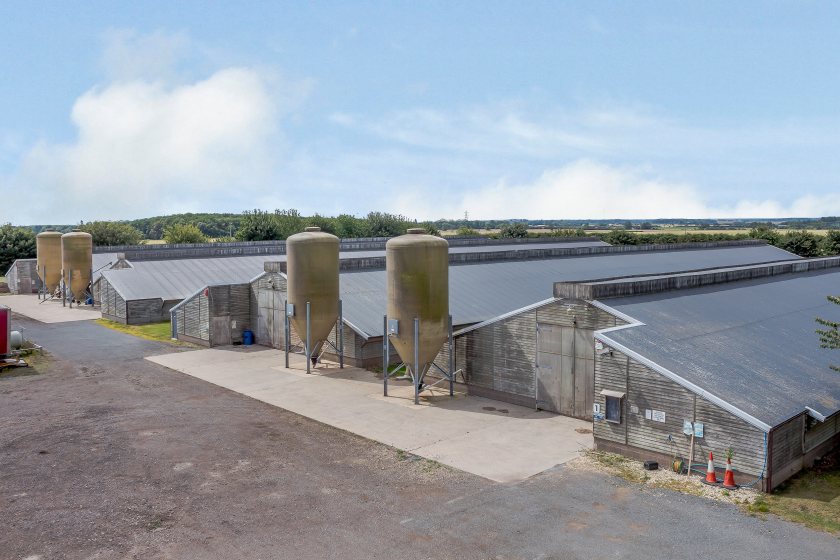 A Lincolnshire poultry farm originally developed for the rearing of ducks for one of the largest UK producers has been sold after attracting considerable interest.

Wood Farm, in Ruskington achieved a sum in excess of its £800,000 guide price as an increasing number of farmers look to capitalise on the strength of the sector.

The poultry farm was originally developed to supply ducks to Cherry Valley Foods, which was sold to UK poultry processor Avara Foods in 2015.

Avara Foods then pulled out of duck production in 2020, leaving many poultry units in Lincolnshire and the surrounding counties looking for alternative uses.

The farm is now set to be used for pullet rearing before the birds are sent to egg-laying farms.

"Poultry meat and eggs are the most eaten proteins in the world, and the British poultry industry contributes £4.6bn to the UK economy each year," said Robert Hurst, partner.

“The poultry sector of farming generally produces much higher returns on investment (ROI) than are typically seen in the agricultural sector, albeit with associated levels of risk.

“ROI on newly built or good, modern broiler units are generally between eight and 10 per cent, while ROI from a new egg unit is around six to eight percent."

Although there is some volatility in the egg sector, there is still a strong demand for free range, with nearly all major retailers choosing not only to sell free range eggs but also use them in their products.

With a very limited amount of free range eggs being imported, this puts the UK industry in a very strong position, Fisher German says.

“It is therefore no surprise that bidding on Wood Farm was extremely strong, and we were very pleased to achieve such a positive result," Mr Hurst said.