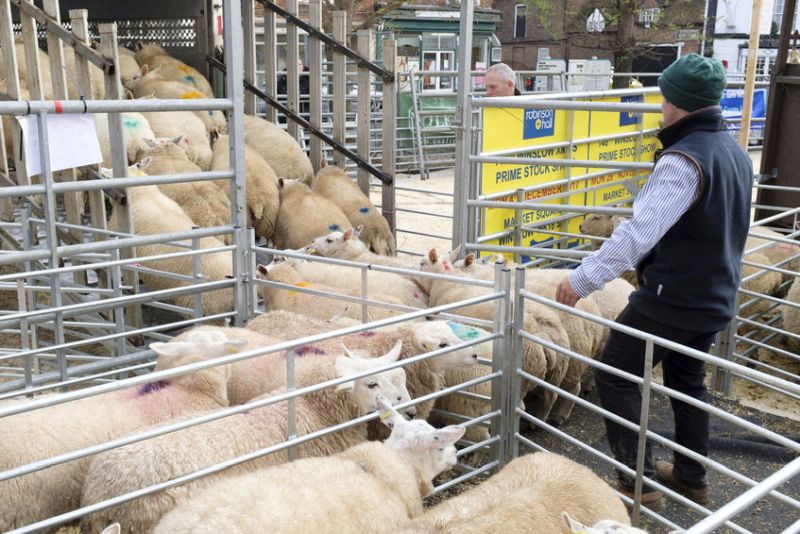 The importance of livestock auction markets have been highlighted as new figures show they contributed £3.42 billion to the rural economy.

Marts across England and Wales are also supporting over 3,000 jobs and offer farmers the advantage of equality when selling in a public auction, a new report highlights.

It details the value of livestock markets to rural communities. For example, without auctions, cattle and sheep populations in England and Wales would be smaller.

The report, commissioned by the Livestock Auctioneers Association (LAA), investigates the benefits to buyers, vendors and the livestock industry in general, as well as animal welfare within livestock auction markets.

Key findings of the report shows how both buyers and sellers benefit from fair prices, accurately reflecting current demand, and how marts are at the centre of an agricultural network, providing both a social and business hub.

The 110 livestock auctions markets in England and Wales directly employ some 2,599 people, generating a turnover of £1.76 billion.

By using Office of National Statistics (ONS) calculations, this direct expenditure injected into the economy is boosted by a further £1.66 billion of indirect and induced expenditure, totalling £3.42 billion to the economy.

However, these figures don’t consider the total contribution of ancillary businesses, such as farm supply stores, located on-site or nearby.

Livestock auction markets are also increasingly found at the centre of a network of rural businesses that also non-farming activities including retail outlets, conference facilities and venues for social gatherings.

At the heart of these hubs, livestock auction markets carry a social responsibility. Farming has become an increasingly isolated and lonely occupation, and the social networking the auction market provides should not be underestimated, the report says.

Mr Rickard said: “Auctions not only provide an opportunity to socialise, but it is now common for auction markets to provide facilities where farmers can meet with trained social and/or health workers to share their concerns and if appropriate directly address issues raised by stress and illness.”

Central to achieving these wider benefits is the success of the livestock market system in realising added value for both buyer and vendor.

The report highlights how livestock farms are small businesses and as such have little market power when compared to large scale, corporate food companies.

Farmers can lose out when entering into private negotiations with powerful buyers, and risk a transaction that under-values their animals.

In contrast, selling livestock in an open-cry auction market will guarantee a fair price due to their transparency.

Chris Dodds, executive secretary of the LAA, said that the farming community 'must get behind and support' livestock auction markets.

“The report clearly identifies that without livestock auction markets, farmers would be in a far worse position due to lack of competition, and livestock numbers across England and Wales would inevitably fall.

“Knock-on effects to the wider rural economy would be devastating,” he added.

The report follows a new 'Use your mart' campaign launched in March 2019 urging farmers to 'take back control' and demand transparency in pricing by selling through livestock marts.