Livestock marts will be 'rocks' during Brexit uncertainty 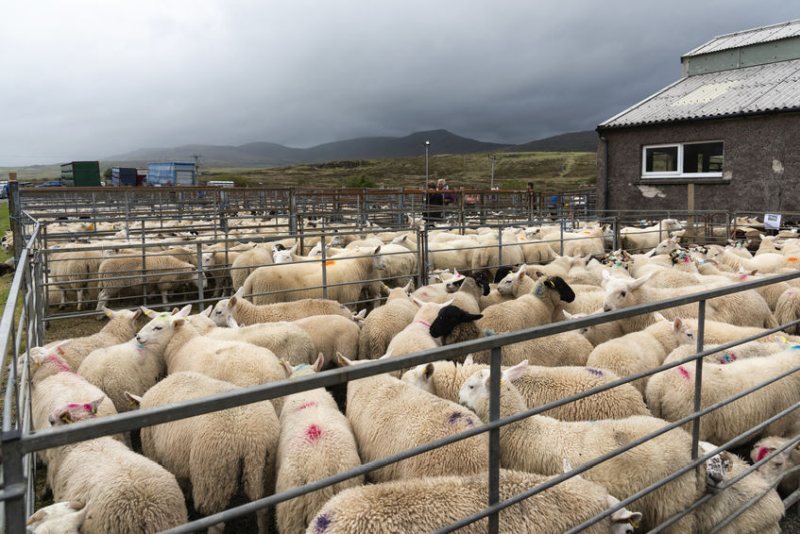 Livestock markets will continue to be community hubs for farmers, the Institute of Auctioneers and Appraisers in Scotland says

With less than four months until the end of the Brexit transition period, livestock marts say they will be 'rocks' for farmers through the uncertainty.

For producers, every outcome will have a big impact – the new UK-EU relationship, non-EU trade agreements, and post-Brexit agri-environment schemes.

Scottish livestock farmers are particularly vulnerable to trade disruption: 26% of Scottish lamb sales and 6% of beef sales are exported, the majority to the EU.

Neil Wilson, Executive Director of the Institute of Auctioneers and Appraisers in Scotland (IAAS), said marts were aware of the impacts on their customers.

“As auction marts, our business is perhaps not as exposed to the changes ahead as many, since we neither employ large numbers of migrant workers, nor deal directly with the export trade.

“We are, however, aware of the possible impacts on our customers, and as marts we plan to be a rock of certainty for our customers, on what will likely be a bumpy road ahead.

“We will continue to work hard to sell their stock and achieve the most transparent, fairest and best prices – and to provide a community hub where they can share thoughts.

“Our auctioneers will still be out on farm - Covid allowing - or at the end of a phone, offering a professional ear and sounding board.”

IAAS will also continue to lobby hard, added Mr Wilson, as few organisations spoke to so many farmers on a regular basis: "We will continue to use this unique insight to amplify farmers’ voices in parliament - both in Edinburgh and London.

"Because the job of Brexit is far from done, and soon the hard work of detailed policy building really begins.”

One example, said Mr Wilson, was the sheep producers’ support scheme in the event of a no-deal Brexit scenario.

“We are urging government to ensure that these schemes are fair for all involved and that any support makes its way directly to producers, so that it is not used to subsidise other parts of the chain,” he said.

IAAS is also urging government to enable trade between Scotland and Northern Ireland to continue as normal, rather than with the added burden of export health certificates.