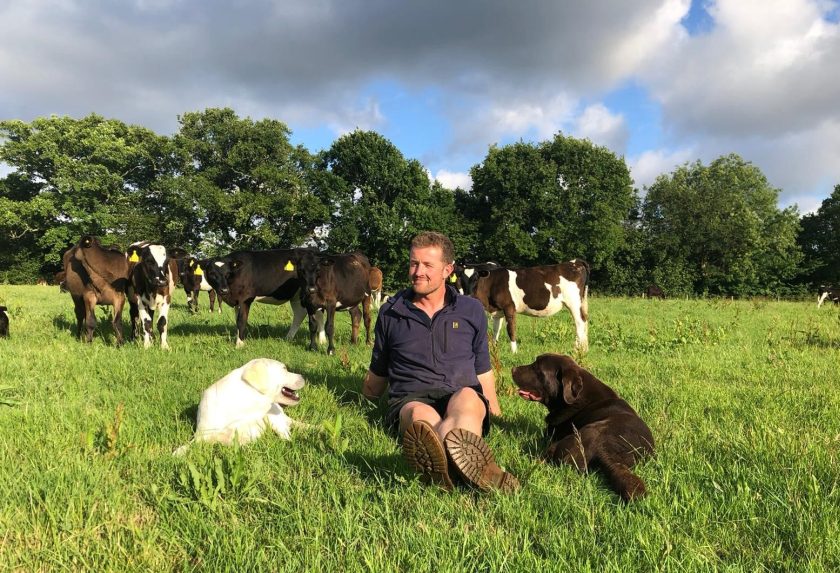 Granted the financial backing to make this strategic move, George is now one year into his contract

A young dairy farmer from Hampshire has secured his first contract farming agreement after he was granted a bank loan of £116,000.

George Brown, 30, is now one year into his contract after he secured a financial plan from Yorkshire & Clydesdale Bank.

Employing a team of five, he currently milks 550 cows, of which he owns about a third, along with the young stock.

After proving himself on a dairy farm in New Zealand, George spent the last few years taking dairy operations from strength-to-strength in in the UK.

With no prior family history in farming, he built his knowledge from being out in the field, learning from running farms, and buying and selling his own cows under lease - numbering 120 at their peak.

The up-and-coming farmer then came across an opportunity to apply for a large-scale contract agreement on a dairy farm near Ringwood in Hampshire.

“I was a real amateur when I started, I didn’t even know about calving or what milk fever was, but what I did know was that I absolutely loved it," he said.

"Since returning to the UK, I’ve had the opportunity to manage a dairy farm in Cumbria where we were milking 440 cows by the time I left.

"Given these successes, I knew dairy was my calling, and I am now working towards buying my own farm, even if it is 10 years away.”

George said being backed by the bank was vital in establishing a workable contract deal, given the scale of the proposition.

He was given advice from an Agricultural Business Direct Team, which granted the loan of £116,000 to secure the contract farming agreement, where George provides all the machinery, pays for all contracting, and provides the labour.

Witnessing a growing trend across the agricultural sector, Justin Ellis, agricultural relationship manager at Clydesdale Bank, said supporting these cash injections 'were more critical to young UK farmers than ever before'.

With the volatility seen in agriculture, contract farming is a popular solution for farmers seeking to carve out a space for themselves without hereditary land ownership or fixed capital to rely on.

“Sometimes contract farming can be the only way to build up equity to make the ownership dream come true," Mr Ellis said.

"For George, this agreement will go towards accumulating assets and capital, which will help him to establish his own farm in the future.

"As an energetic dairy farmer, with an established reputation and a large amount of get-up-and-go, the Bank was confident in working with him.

"Knowing the industry and his financial plans inside out also bolsters the Bank’s confidence in lending such a significant amount."