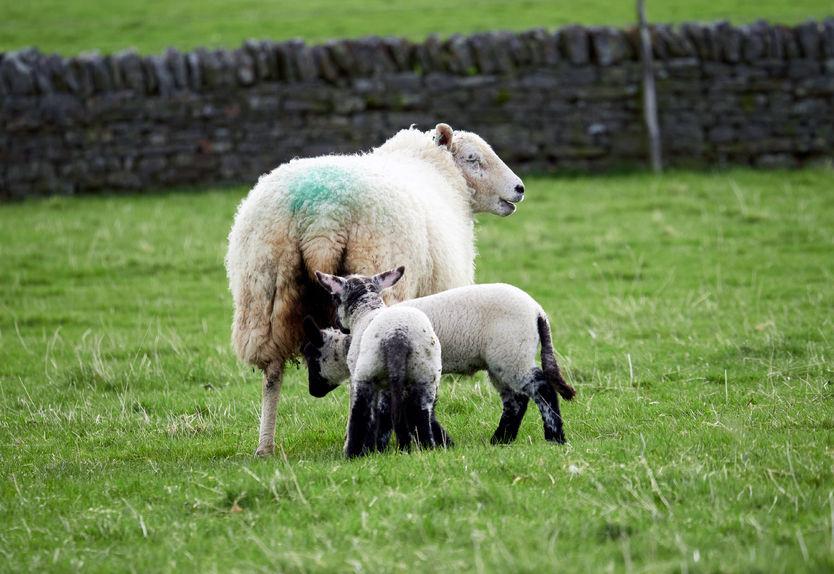 Sheep worrying incidents tend to see an increase during the transition to spring, and lambing time

Local authorities have been urged by a farming union to use Dog Control Notices to stamp out the "ongoing blight" that livestock worrying has on farmers.

NFU Scotland has used its latest meeting of the Scottish National Partnership Against Rural Crime (SPARC) to highlight an increase in livestock worrying.

Following on from recent incidents in the Scottish Borders, North East and Argyll, which saw uncontrolled dogs kill and inflict injuries on a significant number of sheep, the union expressed its frustration that the issue continues to occur.

Leading rural insurer NFU Mutual recently revealed that the cost of claims related to livestock worrying has reached a record level of £1.6 million across the UK.

The cost of dog attacks on Scottish livestock reported to NFU Mutual has quadrupled in the last two years to more than £50,000.

A report released last year by the All Party Parliamentary Animal Welfare Group which shows more than 1,800 farm animals have been killed by dog attacks in the space of four years.

With lambing now underway on farms, NFU Scotland joined Police Scotland, Scottish Natural Heritage, Scottish Land & Estates, National Sheep Association and the Kennel Club in a campaign that started in February and will run until May, raising awareness amongst dog owners about the devastating effects of livestock worrying.

At the SPARC meeting, which was attended by Scotland's Cabinet Secretary for Rural Economy Fergus Ewing, the farming union said local authorities should give out Dog Control Notices (DCN) to offenders.

A DCN is a notice issued to a dog owner whose dog has been found to be ‘out of control’.

It outlines the measures the owner must take to make sure the dog is controlled in a manner which ensures the safety of others and prevents further incidents/attacks.

Measures taken include keeping the dog on a lead in public, muzzling the dog, attending and completing suitable training courses.

All dogs issued with a DCN must also be implanted with a microchip. The DCN is effective from the date it is issued and is specific to each dog.

Failure to comply with a DCN is an offence and can incur a fine of up to £1,000. A court may also make an order to disqualify a person from owning or keeping a dog for a period of time.

In cases where the court has decided that the dog is dangerous, it may make an order for the dog’s destruction.

NFU Scotland's Legal and Technical Chairman Jamie Smart said recent sheep worrying incidents have demonstrated the "sheer devastation" that is caused by out of control dogs.

“The graphic images of dead and mauled sheep underlined that the impact of irresponsible dog ownership on farmers’ livelihoods cannot be underestimated,” Mr Smart said.

“Whilst Police Scotland has responded positively to this issue, there is a real lack of awareness at local authority level about the true impact of this problem.

“Local authorities are responsible for upholding access rights under the 2003 Act, but NFUS is not convinced that this is translating into the assistance that is required for farmers where things go wrong.

“There are some interim steps which can assist where dogs are repeatedly out of control, including the use of dog control notices. However, we know anecdotally that not all local authority dog wardens are keen to use these. Once in place, if breached, then problem dogs can be removed or destroyed.”

He continued: “In addition to this, the Union is looking further into areas where legislation could be improved to help deal with these issues where they occur.”

“With lambing underway across Scotland, NFUS welcomes the current campaign and urges the public to ensure that, when out and about, all dogs are under proper control and the public should not take access in fields where heavily pregnant ewes or young lambs are present.

“Last year there were a number of instances where farmers were left with no choice but to destroy dogs they caught worrying their stock, and in addition to this a number of owners received hefty sanctions.

Ms Cooper added: “We welcome robust enforcement of the legislation in this area and urge our members to continue to report all incidents of livestock worrying to Police Scotland.”