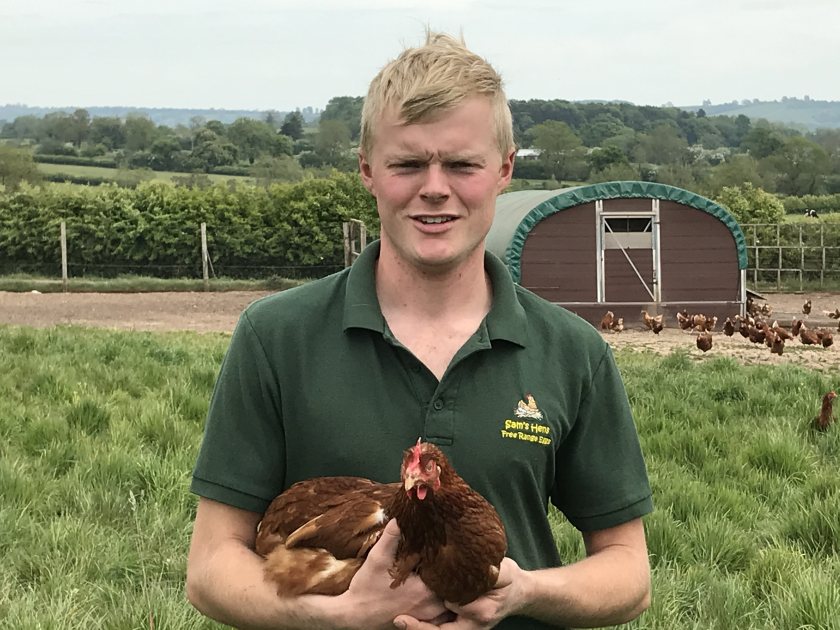 Sam, 26, manages his egg business, Sam’s Hens, alongside working with his father on their mixed family farm.

The flock has steadily grown as Sam has got older, but he still sells all of the eggs either at the farmgate or directly to local retailers and hospitality.

The increased demand for eggs as a result of the pandemic has led him to expand his flock further to just over 3,200 birds.

And he has since appeared with Adam Henson on the Channel 5 TV show ‘Springtime on the Farm’.

It all started for Sam when, aged 8, he was given four hens by his neighbours and he began selling eggs at the farmgate.

"Then when I was 13 I got my producer code and things got a bit bigger and more serious from there.

“I began selling eggs at a local garden centre and my numbers grew again to about 300, which is about where they stayed until I was 18 when a large farm shop approached me wanting to sell my eggs and I had to almost double production.”

Sam was having to balance running his fledgling egg business with his education: “All through that period I was still at school, so it was a big commitment, particularly when exams came around.

"I still had to deal with the hens early in the mornings and when I got home from school,” he noted.

After finishing school, Sam went away to college at Reaseheath College and his mum helped to take care of his hens.

When he returned to the farm two years later, he moved his flock into a new field and began putting up more housing.

“When I came home from college I started to get more potential customers enquiring about selling my eggs," he added.

"It was at a point where I either had to stop production as a time consuming hobby or try and expand it into a viable business.

“I decided to try and push the egg sales and I started putting up polytunnels. I found two that had previously been used on a broiler farm and needed converting into laying sheds.

"I made all the steel framework for them myself and then used second hand nest boxes. At that point I had three polytunnels and I stayed at about 1800 birds for quite a while.

"I keep the sheds on rotation so that I have a year round supply of eggs.”

When Covid restrictions hit in March last year, egg sales went through the roof, and Sam picked up some new outlets on top of increased demand from his current customers.

He said: “It was difficult to tell whether it was going to be a short or long-term change, it has calmed down now but I am still busier than I was before the pandemic because of the new customers I have taken on. 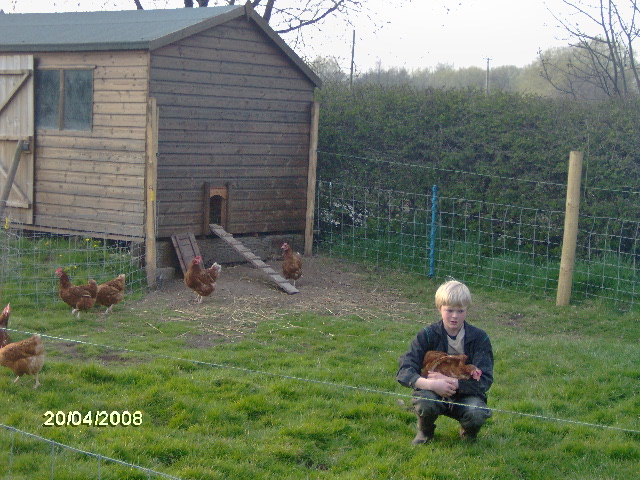 Aged 8, Sam was given four hens by his neighbours and he began selling eggs at the farmgate

Most of the businesses Sam supplies are farm shops, butchers, and cafes, however he says that far more of his eggs are now going into local retail.

“Obviously, the grading and packing is a big time commitment, and with the shutdown of foodservice more people were buying and eating at home, so I have been packing a lot more into boxes,” he said.

“With lockdown now easing, I am getting more orders through from hospitality, so hopefully I will be selling more trays.

"A lot of the farm shops I sell boxes to also have an on-site café or restaurant, and so I am expecting demand to pick up from them too.”

Whilst Sam is busy running his egg business, he also plays a role looking after the sheep, beef, and dairy on the family farm, which he said is taking a lot of commitment.

“About 18 months ago I started doing all of the milking alongside my flock of about 1800 birds, which was fairly intense but comfortable enough," he said.

"However I am now managing over 3000 birds and it is a lot more work. There are only so many hours in the day, so it is a difficult balancing act.

“My wife is working at home now because of the pandemic, so one benefit is that she is able to do the egg deliveries in the morning during the time when she would be driving to work.”

However, Sam said that his biggest challenge is managing supply and demand: “As a small producer selling all of my own eggs, it can make a big difference if we over or under produce.

"I like to know roughly how many eggs I am going to sell because then I can match production to it," he explained.

“Managing the logistics of it can be quite a challenge at times too. Our furthest drop off is 25 miles away, but I try to make sure that we are not going to the same area more than once a week."

As Sam sells all of his eggs himself, promoting and marketing his business is very important.

“To begin with it was really just word of mouth that helped me grow, I managed to expand into a few new areas which got the name out there and I had more people making enquiries.

“We do a lot of our advertising through Facebook, which we have found is a very engaging tool within the local community.” 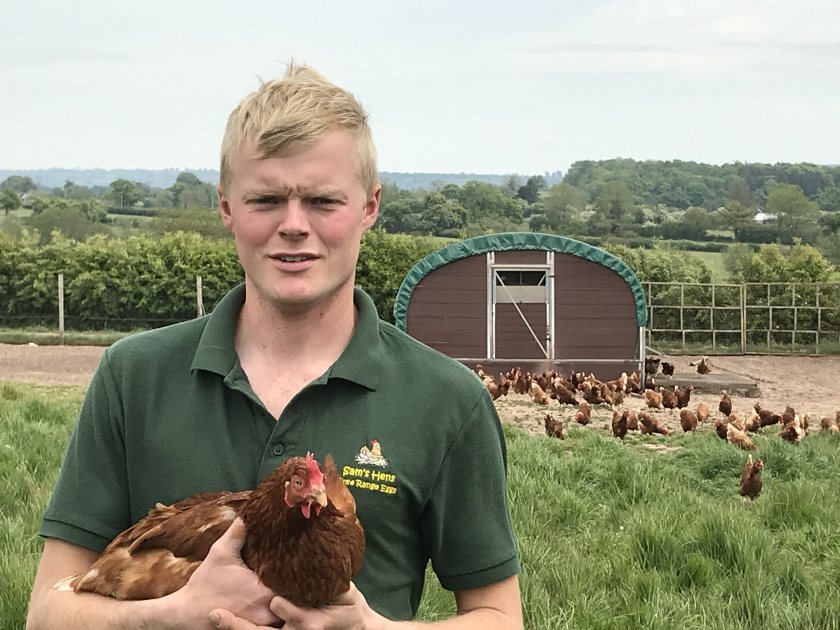 Most of the businesses Sam supplies are farm shops, butchers, and cafes

Sam also sells eggs at the farmgate using an honesty box that is kept in a small shed.

“We have egg customers who make their own ice cream, so we have a small freezer in there for that which helps to pull in more customers for the eggs.

"Unfortunately, during lockdown last year the freezer was stolen, as well as the money in the box.

"It actually turned out to be a bit of a silver lining because my wife put a post up on Facebook about it that got about 1000 shares, which for a small setup like us is quite a lot.”

Sam said that he has not got a grand long-term vision for the egg business and will see how agriculture changes over the next few years.

“I never expected to expand at all until Covid came along. I do not think that the added demand will drop off because I think the pandemic had done a lot of good for locally produced food.”

Sam continued: “I would love to expand the egg business in the long-term, but there is the rest of the farm to think about too.

"Personally, over the next few years my focus will be to establish a productive, sustainable dairy herd which will complement the hen enterprise.

"If I was to look to expand the egg business we would have to think about employing staff, so I think that for now we are at a happy medium.”