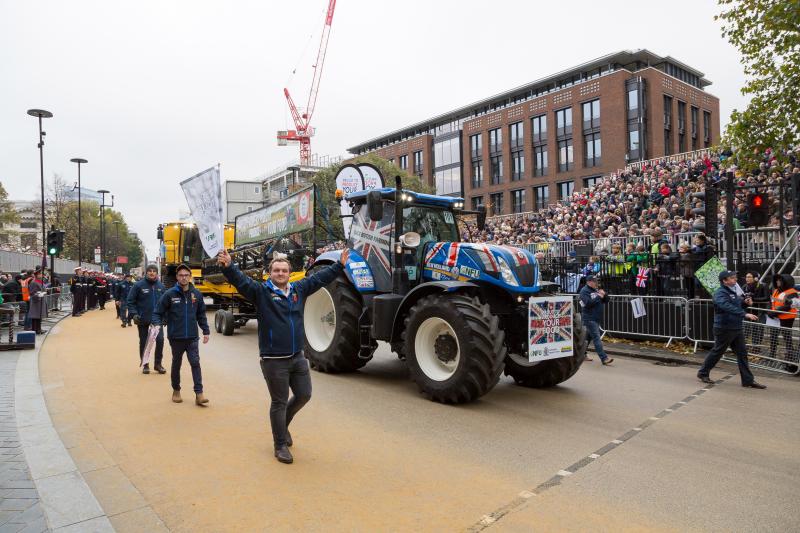 British dairy farmers will be taking to the streets of London this weekend to showcase their role in producing food while working toward a net zero future.

After a postponement last year due to the pandemic, the historic Lord Mayor’s Show returns on Saturday (7 November) and the Worshipful Company of Farmers dairy-themed entry will take centre stage.

The parade gives the industry an opportunity to demonstrate to spectators in London, and to the millions watching on television, how British farmers produce some of the most sustainable food in the world.

This will be alongside a New Holland forage harvester, as well as a trailer showcasing a display of imitation cows in a milking parlour.

A supermarket fridge will highlight the range of high quality, nutritious and sustainable British dairy, from milk and cheese to butter and cream.

Master of the Worshipful Company of Farmers Karen Mercer said: “This year we are delighted to be highlighting the role of the British dairy sector and its important role in producing the best quality food for your table every day of the year.”

The public have been told to look out for the Worshipful Company of Farmers entry, serial number 87, in the procession, during the live BBC coverage of the Lord Mayor’s Show from 10.30am.

Joining the Worshipful Company of Farmers will be the NFU’s group of Student and Young Farmer Ambassadors, Red Tractor farmers, and youngsters from Surrey Docks Farm.

NFU Deputy President Stuart Roberts added: “We can’t wait to get back on to the streets of London and support the Worshipful Company of Farmers for what promises to be another fantastic Lord Mayor’s Show.

“And with Saturday’s procession taking place just as the COP26 event in Glasgow comes to an end, we will also be highlighting how Britain’s farmers are part of the solution in fighting climate change."