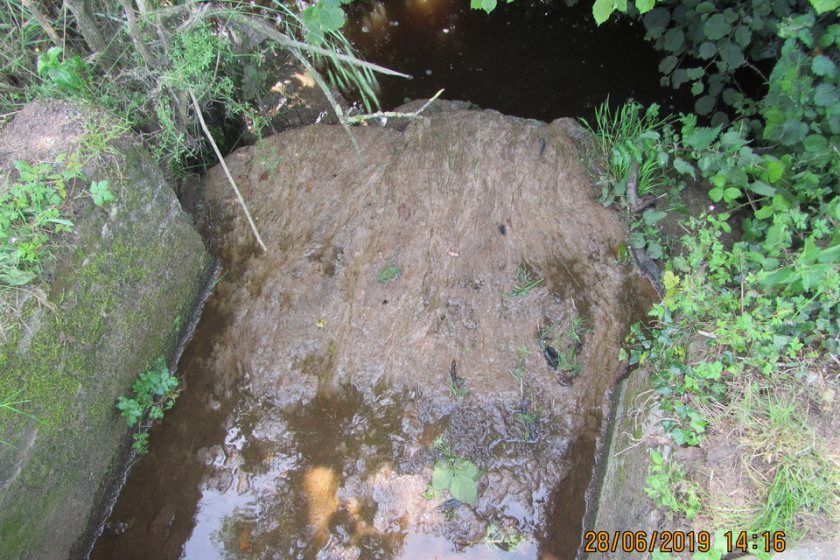 District Judge Lynne Matthews described the offences as ‘disgraceful’ and ‘appalling’ (Photo: Environment Agency)
Sign in to add your own press release SIGN IN Register

A major dairy farming business which supplies cheese to UK retailers and to over 40 countries around the world has been ordered to pay out £37,000 for pollution offences.

Alvis Brothers Ltd, of Lye Cross Farm, Redhill, was ordered by Bristol Magistrates Court on 2 December to pay out the sum after pleading guilty to polluting a tributary of the River Yeo.

The Somerset farm supplies cheese to major supermarkets including Waitrose, Marks and Spencer and Sainsbury, and exports to dozens of countries.

On 28 June 2019 an Environment Agency officer attended Lye Cross Farm following a report of slurry pollution to a tributary of the the river, near Cheddar.

The source of the pollution was found to be run off from a heap of farmyard manure at Lye Cross Farm.

The run off had entered a surface water drain that led to the stream, and more than half a kilometre was polluted.

Alvis Brothers Ltd built a basic bund to contain the run off, but when officers returned to the farm on 2 July effluent was leaking from the bund and again contaminating the watercourse.

Assessments by the Environment Agency the following week found a chronic impact on the aquatic invertebrates living downstream of the farm, whilst sensitive species, indicating a good water quality, were only found upstream.

The leak of slurry from the bund was still happening on a return to the site, on 31 July, the agency said.

And on a visit on 18 September, officers witnessed a second pollution, this time as a result of pig slurry being spread on nearby fields.

The slurry had entered a field drain, discharging to the same watercourse.

In court District Judge Lynne Matthews described the offences as ‘disgraceful’ and ‘appalling’.

She said that the company should not require ‘nurse-maiding’ by the Environment Agency, given their farming experience.

Judge Matthews also said that in all the pollutions she had dealt with, offenders had not had as many slaps across the hand from the Environment Agency as in this case.

“We expect much better from such a large and experienced farming business, both for the environment and the local communities."