Major investment in Scotland's land can 'benefit nature and nation' 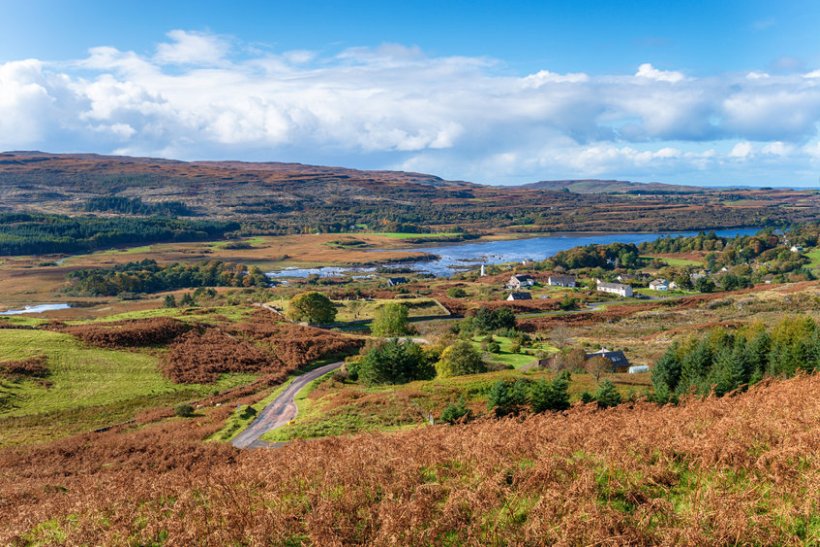 The Scottish Land Commission has focused on 'natural capital' as the main theme for its annual conference, believing it has potential to be a major issue for Scotland over the next few years.

An ever-increasing interest in Scotland’s land is opening up the prospects of a win-win that benefits the nation and nature like never before, the Land Connection conference heard on Monday (4 October).

But speakers said there needed to be a collective response across the public and private sectors to ensure Scotland benefits widely from the potentially lucrative demand and investment associated with its natural capital.

Scottish Land Commission chief executive Hamish Trench believes the way this new value is harnessed will be critical in making a just transition – one in which communities and local economies can prosper as the new sector grows.

The issue was the headline topic at the Land Connection conference, which brought experts together to look at the role of land in helping to achieve some of Scotland’s big ambitions for the economy, climate and communities.

Natural capital refers to the elements of the natural environment which provide valuable goods and services to people.

But the emerging and rapidly-growing influence of carbon value in the land market is being driven by what is known as socially responsible investment.

This is best characterised by companies and organisations acquiring either land or carbon credits to offset carbon emissions and support their climate change objectives.

Recent high profile examples include the acquisition of land in the Cairngorms by Standard Life and Brewdog.

Hamish Trench told the conference this investment in Scotland’s land had the potential to bring significant change to Scotland’s environment and drive a just transition to a net zero economy.

But he said there were risks to address so that the market works in the public interest. "There is an opportunity for a win-win, a transformation that benefits nature and people," he added.

“There is no question that this new investment will be much needed in delivering the land use outcomes Scotland is looking for.

"But there are questions to consider, firstly, about unintended consequences, and secondly, about how emerging value is used fairly and productively.”

The Scottish Land Commission is now undertaking – as a priority - work to understand how Scotland can make the most of this national asset in its land.

In her conference address, Màiri McAllan, Scotland’s Minister for Environment, welcomed the Commission’s focus on the issue, adding that "it will help us find a pathway to balancing the need for private sector investment with community rights and ambitions."

The Commission’s first step is to develop a better shared analysis and understanding of the scale and nature of relevant land transactions happening on and off-market at the moment.

Then it will be addressing the question of who benefits and how carbon and natural capital values are shared productively so this value is retained in the Scottish economy.

Hamish Trench added: “There is much we can do collectively to ensure Scotland really benefits widely from emerging values associated with carbon and natural capital.

“The influence of natural capital value and finance in the land market is not an entirely new or unprecedented phenomenon.

“Unlike many previous resource booms, such as oil and gas, this one is not extractive in terms of the physical resource.

"It is though, a very current driver that again reveals the need to modernise our underlying system of land ownership to meet challenges of today and the coming decades."

He added: “We have a shared challenge to manage this issue well – to build public confidence that while land use change will come at pace, it will also be fair, that the benefits will be widely felt.”