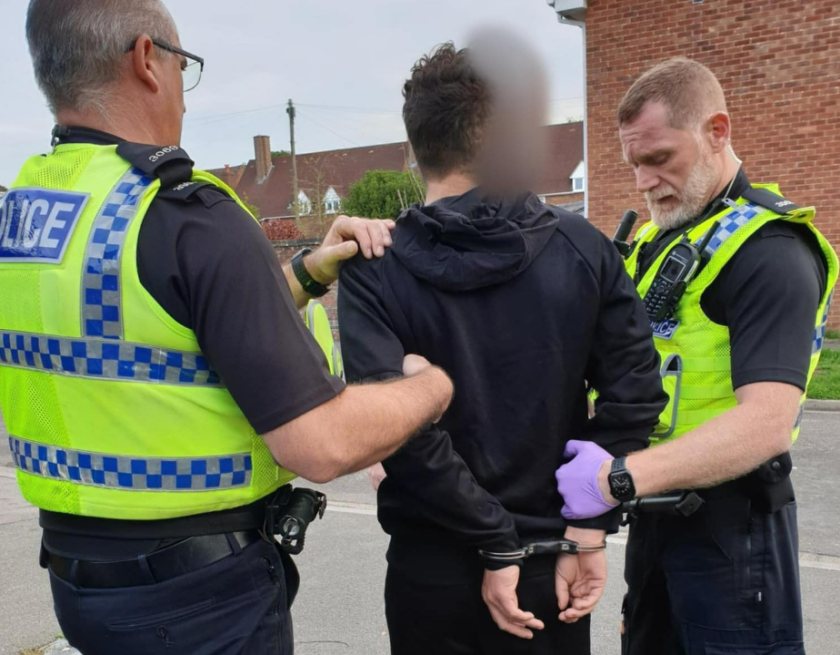 A 23-year-old man was arrested on suspicion of eight counts of animal cruelty (Photo: Dorset Police Rural Crime Team)
Sign in to add your own press release SIGN IN Register

Arrests have been made following a series of incidents on farmland involving reported cruelty to deer and hares in in Dorset and Hampshire.

Dorset Police’s Rural Crime Team, along with Hampshire Police, conducted the warrant at an address in Bransgore on Monday (3 October).

A 23-year-old man was arrested on suspicion of eight counts of animal cruelty, two offences of killing or injuring a deer, and criminal damage to crops.

The man also faces three counts of assisting an offender, driving otherwise than in accordance with a licence and conspiracy to steal.

A dog, which is believed to have been used in poaching related offences, was seized from the address as well as further items.

Police said enquiries were ongoing to locate two further individuals believed to be linked to the incidents.

A single incident can cause thousands of pounds worth of damage to land and crops, and see farmers and landowners violently abused.

Measures in the act include increasing the maximum prison sentence to six months and uncapping the fine.

It also allows for dog ownership disqualification orders for offenders and the recovery of kennelling costs for seized animals.

Inspector Richard Jeffrey, of Dorset Police’s Rural Crime Team said: “We take reports of cruelty to animals very seriously and we have demonstrated how we will work with other forces to take a positive response.

“We will continue to work with our rural communities to investigate incidents of this nature and value the information and support they provide.”

Sydney Samuels, 33, of Maidstone, was handed a £400 fine when he appeared at Medway Magistrates’ Court.