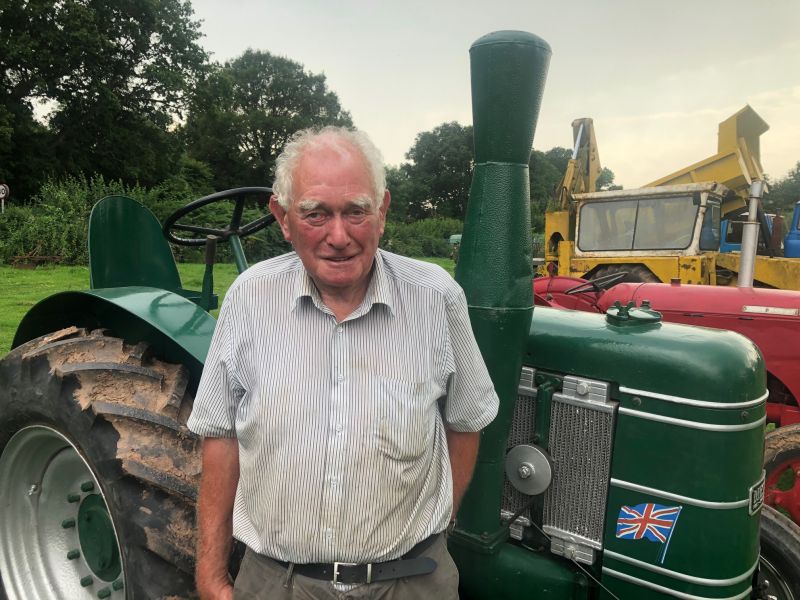 A 77-year-old man is to sell his lifetime collection of historic tractors and agricultural by-gones in an auction next month.

Barry Jones has been collecting since he was 15-years-old and buyers are expected to snap up a piece of Britain’s farming history.

More than 25 classic tractors are going under the hammer on 7th September in Kenilworth, Warwickshire.

Barry himself grew up on the farm: “My dad had a small holding in the Clun Valley in Shropshire in the 1950s and made hay the old-fashioned way with a pitchfork so he was against me buying a tractor.

“I was young and keen and didn’t take any notice and bought my first tractor, a Standard Fordson, for about £15.”

This original tractor from the 1940s is amongst many other collectable items from Britain’s rural heritage up for bidding.

Over the years, his eclectic collection of agricultural bygones has grown to include many horse-drawn implements and farm tools which wouldn't look out of place in a heritage centre.

Barry says the oldest item for sale is a wooden yoke: “I bought the yoke from a car boot sale in Stoneleigh when my partner was away in Devon.

“It is made of wood with two chains either side and would have been used by traditional milkmaids to carry milk many years ago, so I had to add it to my collection.”

The machinery is set to appeal to anyone wishing to buy a piece of Britain’s rural history or looking for a restoration project.

Barry added: “The collection has taken over 60 years to put together and the time is right to pass it on to people who will appreciate it as much as I have, and hopefully pass it on to the next generation.”