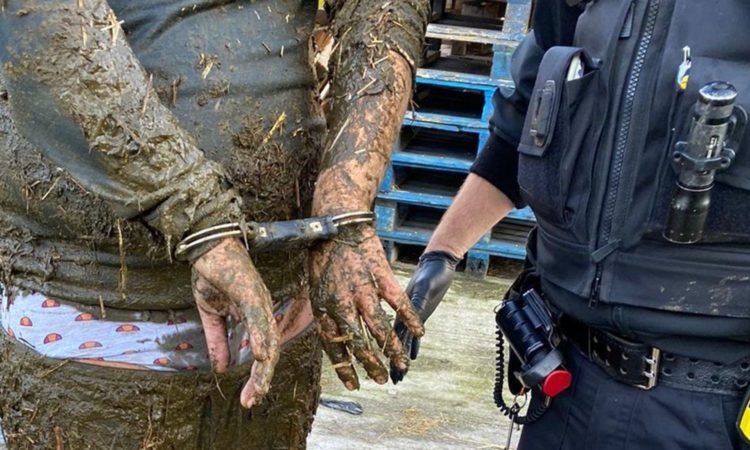 A man who allegedly stole a car tried to evade being caught by falling 'neck-deep in a pit of slurry', police have said.

The force said the man was 'covered in cow poo' after they rescued him from the pit, where he was hiding.

Sussex Police said: “This passenger of a stolen car thought he could get away, but it turned out not to be his lucky day.

"Eager to evade and fleeing in a hurry, the suspect was eventually arrested, neck-deep in a pit of slurry."

The force added: “Thanks to determined officers a rescue ensued, and they all ended up safe, but covered in cow poo.”

Hundreds of social media users responded, with one person saying "hope he was made to strip before getting into the car and clothes bagged for evidence."

Another added: “Well done Sussex police and who ever got him out, after having a good laugh. Bet the farmer said a few choice words.”