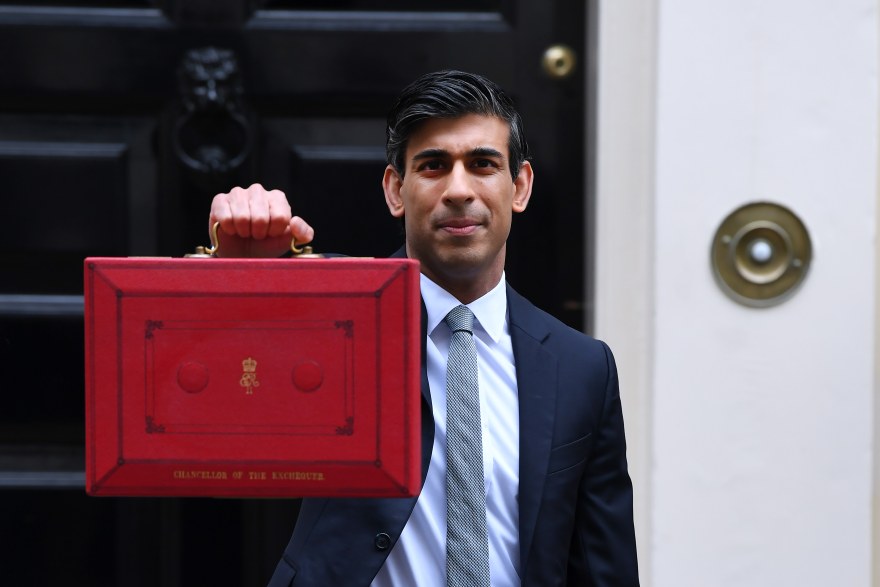 Chancellor Rishi Sunak has announced further measures to support rural and farming businesses as the UK looks toward its post-Covid economic recovery plan.

In what is only his second budget, the Chancellor of the Exchequer unveiled on Wednesday (3 March) his plan ‘to protect the jobs and livelihoods of the British people’.

He said that in the last year, the UK economy had shrunk by 10% with national borrowing at the highest level since the Second World War.

The total fiscal support in response to Covid-19 will total more than £400bn overall, with more than £350bn having been borrowed over the last year and a further £200bn to be borrowed.

Despite that, the Office for Budget Responsibility (OBR) is predicting a quicker recovery, with the expectation that the economy will recover to pre-Covid levels by the middle of next year, 6 months earlier than anticipated.

The Budget included numerous measures that have been welcomed by farming and rural groups, including a freeze on Capital Gains Tax and Inheritance Tax at their current levels until 2026.

Personal allowances and income tax bands together with national insurance contributions will be increased from April but will then be frozen until 2026.

The struggling hospitality and tourism sector, which includes many rural based businesses, has welcomed news that the current reduced 5% rate of VAT will continue through to the end of September.

There will then be an interim rate of 12.5% for a further 6 months, before the standard rate will be reinstated from April 2022.

The Chancellor's big hike in Corporation Tax to 25% from 2023 will, however, hit large farms with profits over £250,000 a year trading as limited companies.

Farming businesses will likely be wary of this rise, particularly during the transition period away from the EU’s Basic Payment Scheme (BPS).

Responding to the budget, Rebecca Davidson, rural affairs specialist at NFU Mutual, said there was a big incentive for farmers to invest in their business.

"Companies investing in qualifying plant and machinery between 1 April 2021 and 31 March 2023 will get a 130% first year capital allowance," she said.

"This will allow companies to cut their tax bill by up to £25 for every £100 spent and will make it much more attractive for farm businesses to invest."

She said government-guaranteed mortgages may also help younger generations who struggled to find affordable housing to remain in rural areas.

“As always, the details of the new measures rather than the headlines will determine if the big announcements on support can deliver for rural areas,” she added.

“Agriculture is going through a period of transition into a new era of policy and regulation," Mr Jones noted.

"Major decisions – including whether to sell or pass on assets such as land and property – have been delayed by those waiting for clarity from the government on the tax implications of such a move.

“Businesses will now have more confidence to make those decisions, and it will be a catalyst for some to set plans in motion."

The extension of the 5% VAT rate has been described by the Country Land and Business Association (CLA) as a 'lifeline' for many small rural tourism businesses.

CLA president Mark Bridgeman said: "It will allow tens of thousands of businesses breathing space to begin their recovery in 2021, further boosted by hopes of a bumper summer season as lockdown restrictions are eased further.

However, he added that the extension was a short-term crisis response: "Government should now begin thinking of how the UK’s tourism sector can thrive in the long term.

"If we are to compete with other major tourism destinations in Europe – all of whom have VAT rates far below 20% - the UK’s VAT rate should remain at 5% permanently."