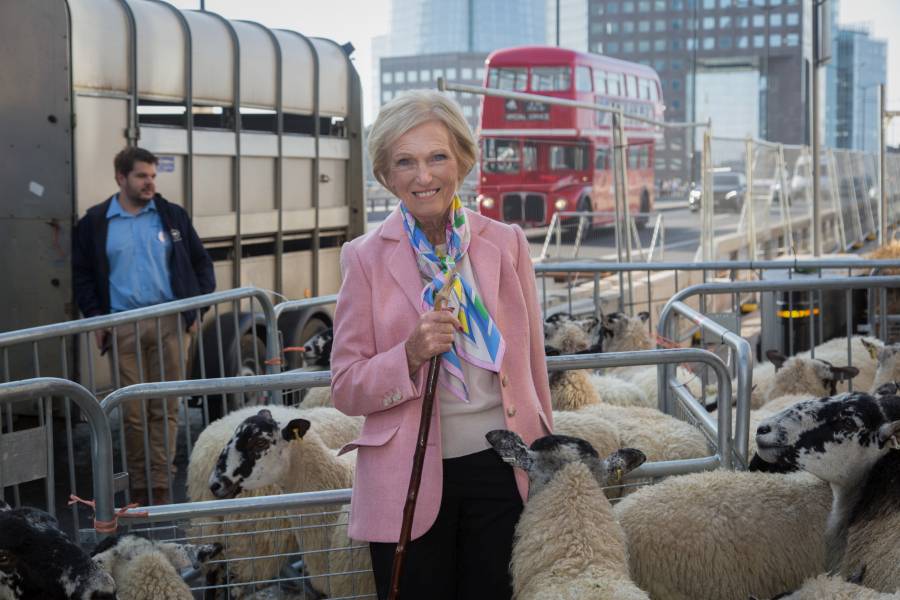 Mary Berry was made a Freeman of the City in 2014 (Photo: Andrew Sillett)

The peculiar event sees some 600 of London's Freemen of the City exercise their ancient right to drive the animals over the bridge.

Ms Berry was made a Freeman of the City in 2014. The event raises money for the Lord Mayor's Appeal.

It dates back to the 12th century, when traders were allowed to enter the City without paying a toll.

The ancient re-enactment is organised by the Worshipful Company of Woolmen as part of the annual Wool Fair, which hopes to throw a spotlight on the British lamb and wool industry.

Bill Clark, past master of the Worshipful Company of Woolmen, said: "Sheep driving is a tradition rooted in more than 800 years of history. London Bridge was, in medieval times, the only crossing of the Thames and the sole route into the City for trading.

"As a Freeman of the City of London, you were not allowed to trade without paying taxes but also granted the right to bring the tools of your trade into the City itself.

"These days, the City trades more in stocks and share than lamb and wool, but Sunday’s event will enable us to re-connect with the past, and underlines London’s historic and continuing pre-eminence in world trade."