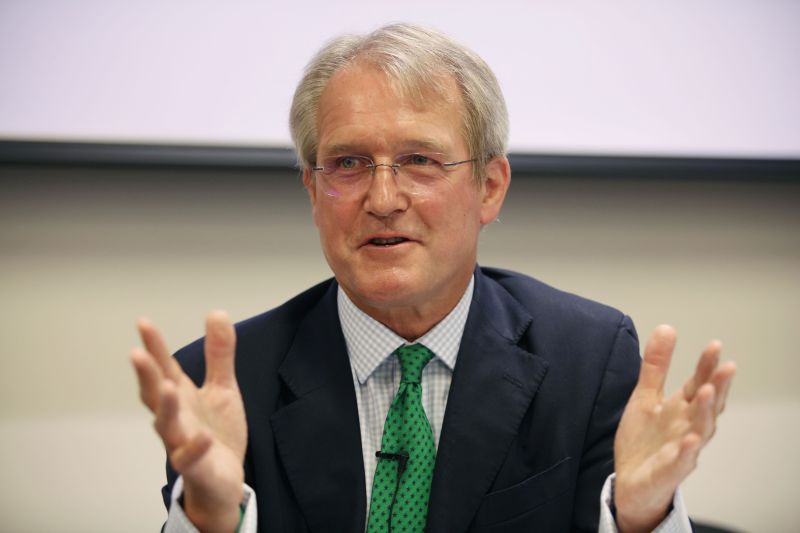 Theresa May’s 'dead' Withdrawal Agreement is 'good news' for British farmers because it will create a new farming model for the UK, Owen Paterson has said.

The former Defra Secretary has slammed a leaked government report which suggested there could be food shortages if the UK left the EU with no-deal.

The prominent Brexiteer said the document is 'project fear' and 'an attempt to frighten' the British public.

Writing in the Daily Telegraph, he said: “Boris Johnson’s unequivocal message that the Withdrawal Agreement is ‘dead’ is good news for the UK’s farmers.

“Its dire ramifications would have all but ceded control of UK agriculture to the EU.”

He added: “We would not even have been free to decide the levels of financial support for landowners; the terms of the Agreement would have forced the UK to keep support for British producers pegged at the 2019 level while allowing EU competitors to increase theirs, handing them an enormous advantage.”

Mr Paterson said farmers should be offered cash incentives to boost the environment and public goods.

He said under the new post-Brexit scheme farmers would receive more support than they do currently with the Common Agricultural Policy (CAP).

However, numerous farming groups and unions have frequently highlighted industry concern as Prime Minister Boris Johnson looks set to take the UK out of the EU if no deal is reached.

The NFU recently said that leaving the European Union with no-deal would be 'socially and economically disastrous' for the farming industry.

President Minette Batters highlighted how an abrupt EU exit would mean the establishment of export taxes on livestock and food sent to the bloc.

Because of this, many farmers, in particular in the sheep sector, may go out of business in the event of no-deal, she warned.