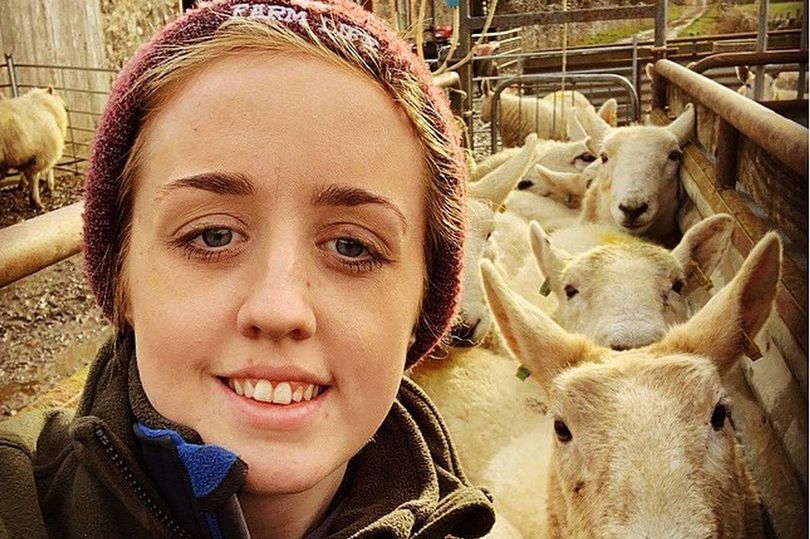 There are numerous charities and support groups farmers can turn to in time of need, including RABI, Farm Community Network and DJP foundation (Photo: Ffion Hooson)

A young farmer whose tweet went viral after describing the mental health impact of farming alone has been inundated with well-wishers.

Ffion Hooson has had to step up to run the family farm at just 20-years-old after her dad fell ill.

She posted on Twitter describing the impact this has had on her, saying she is at 'breaking point'.

She said: “I’m 20 years old and farming alone and I am constantly putting a brave hard face on, yet deep down I’m pretty much breaking inside.

“It’s the most I’ve struggled and no one really understands but I have no choice but to carry on.”

I’m 20 years old and farming alone and I am constantly putting a brave hard face on... yet deep down I’m pretty much breaking inside... it’s the most I’ve struggled and no one really understands but I have no choice but to carry on???? pic.twitter.com/n8keHhWci5

The tweet received an overwhelming response, with nearly 25,000 people 'liking' her post, and more than 2,000 people sharing it.

The young shepherdess has since garnered hundreds of messages from farmers concerned over her well-being, and well-wishers offering support and help.

Fellow shepherdess Alison O’Neill, who farms in a remote area of North Yorkshire, offered her support and admitted that farming alone is 'bloody tough'.

Please please DM me. I farm alone. I have done for 10 years whilst raising my daughter. It’s been bloody tough, heartbreaking, backbreaking, lonely, three times I’ve nearly had to give up my farm but then I dug in. Let’s talk. I’m a huge fan of yours. Hugs. ??@woolismybread ??

Another well-wisher replied to Ffion's tweet, saying many female farmers are doing a 'tough and often under appreciated job'.

Hang in there Ffion. Female farmers like you are doing a tough & often under appreciated job but without you farming would die a very sad death at the hands of big faceless conglomerates. Rooting for you sis!
And just arrived in Wales & the daffodils are out. A sign for you ??? pic.twitter.com/nNqXOV0GKA


Hey Ffion, I sent you a message. We’re here for you and understand. Farming can be so hard and lonely at times. Biggest first step is to reach out like what you did. You are amazing, beautiful and are loved. Sending you a big hug. I’m here if you need someone ??

I feel for you Ffion, I spent time working on farms as a young kid, and it is harder work than most folk can imagine, let alone do the job. Bless you, keep the faith, you are one of the amazing army who put food on our tables and we thank you. ??????????

It aims to educate those living and working in the UK’s agricultural communities about the various mental health threats facing them.

The NFU has also joined in on efforts in raising awareness, urging farmers to recognise the importance of making mental wellbeing a priority.

NFU Vice President Stuart Roberts said that while farming is a sector full of innovative and resilient people, like any industry it comes with challenges.

“Like many business owners, farmers can struggle with stress, worries and anxiety, and with the isolated nature of farming these feelings can often be amplified,” he said.

“Dealing with mental health issues can be incredibly difficult but help is at hand. For many people, the first step is recognising when there is a problem and talking to someone about it and, where needed, getting professional help.

“I would urge anyone struggling to cope with any issue to open up to someone they trust. We can all do more to listen and make time for each other.”