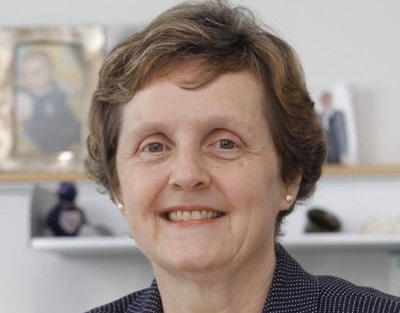 Besides the MEP work, Miss McIntyre also jointly farms a smallholding at her home in Herefordshire (Photo: Andrea McIntyre/Twitter)

Anthea McIntyre MEP has been reappointed Conservative Agriculture spokesperson in the European Parliament.

Miss McIntyre has been a member of the Agriculture Committee and the Employment Committee since she joined the European Parliament in 2011.

And as an advocate for the role of advancing technologies in farming, the MEP for the West Midlands has been an influential voice for the appliance of sound science in regulation.

She will also sit as spokesman on the Environment Committee, which considers issues such as licensing of crop sprays and other treatments.

Miss McIntyre, Conservative MEP for the West Midlands, jointly farms a smallholding at her home in Herefordshire.

She supported farmers in campaigning for a new licence for the widely-used herbicide glyphosate.

She also opposed a report by the parliament's temporary committee on pesticides which sought to make the approval process for plant protection products even more difficult than it is now.

Miss McIntyre, who jointly farms a smallholding at her home in Herefordshire, said: “Farming is one of the key areas where decisions made in Brussels have a very direct impact on people's livelihoods and on our food security.

“Of course we expect that the UK will be leaving the EU sooner rather than later, but while we are there, it is vital that we speak up for Britain and for British food and farming.”