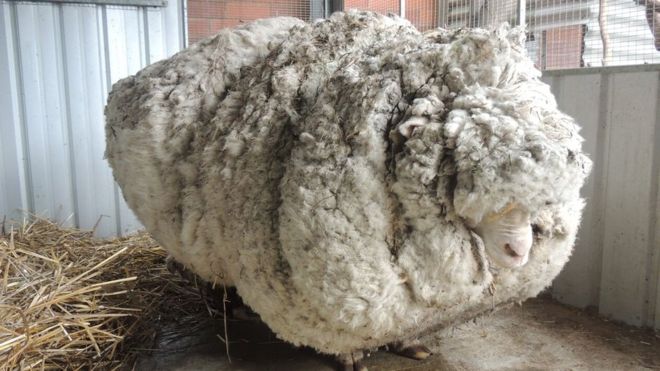 An Australian merino sheep which gained global attention for having the world's heaviest fleece has died.

Chris the sheep gained fame in 2015 after it was spotted in the wild near the country's capital, Canberra.

A world record was subsequently made after a shearer removed 41.4kg (88lbs) of fleece from the animal, worth around £224.

National shearing champion, Ian Elkins, said he had never seen anything like it in 35 years of work.

Little Oak Sanctuary, which cared for the sheep, said on social media on Tuesday (22 October): “We are heartbroken at the loss of this sweet, wise, friendly soul.

“Chris is known as the world record holder for having grown the heaviest fleece on record.

“He was so much more than this, so very much more, and we will remember him for all that he was – someone, not something – here with us, not for us. RIP dear Chris.”

It is believed the animal was alone in the wild for six years without anyone to shave him.

The first merino sheep landed in Australia in 1796, according to the National Museum.

Unlike earlier breeds, this Spanish variety was much better suited to the Australian environment and was a formidable wool producer.

RSPCA Australia has written a children's book detailing the story of Chris, where proceeds from it go toward funding the organisation.