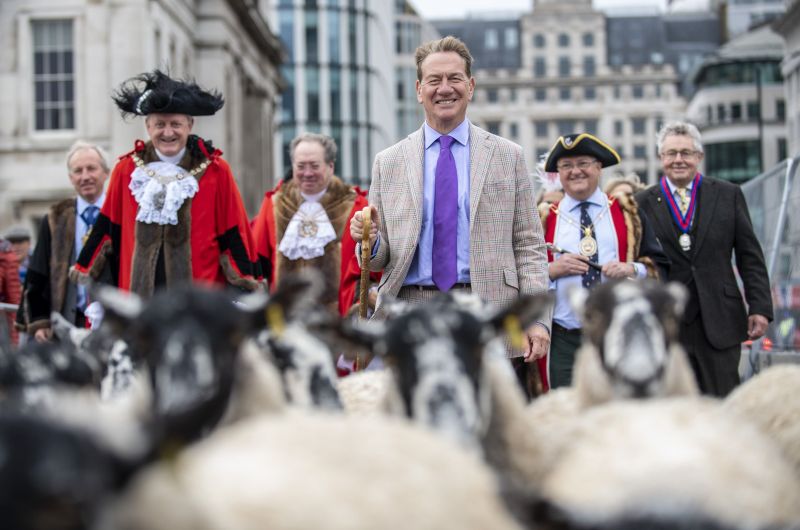 Michael Portillo said people today are 'unaware' of where their meat and wool comes from (Photo: SheepDriveLDN/Twitter)

Former MP and broadcaster Michael Portillo has driven a flock of sheep across London Bridge in a centuries old tradition which promotes British wool.

Mr Portillo, dressed in a wool suit and carrying a shepherd's crook, led a flock of 30 North of England Mules over the historic landmark on Sunday (29 September).

The tradition, dating back to the 12th century, entitles Freemen to drive their sheep over what was once London’s only river crossing and sole trading route.

He was joined by 600 Freemen of the City of London who witnessed the annual Sheep Drive event, despite the blustery conditions.

Mr Portillo said: “Many people today are unaware of where their meat comes from, where their wool comes from, so bringing the countryside to the city is quite beneficial.


Everyone's flocking to the London Sheep Drive and Livery Fair at the Monument for traditional crafts and refreshments. Where are ewe? #sheepdrive #sheepinthecity #livery #woolmen #london pic.twitter.com/do35uTnc1z

“People have been making their living out of wool for a very long time and we've been eating sheep meat for forever and a day.

“I think it's important to be reminded of all of those things, to be reminded what the wealth of this country used to be built on. And the ways in which we've adapted and found new ways to create wealth.”

Organised and hosted by the Worshipful Company of Woolmen, the event raises tens of thousands of pounds for the Lord Mayor’s Appeal and the Woolmen’s Charity.

It also focuses on British wool and helps raise awareness of the countryside in the heart of the City of London.