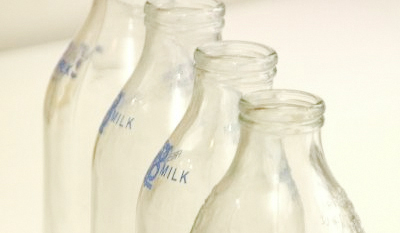 Announcements of further wholesale milk price cuts, last week, have met with anger from the region’s dairy producers. The cuts, quickly followed by an emergency meeting of dairy farmers in Staffordshire last Wednesday (4 July) have triggered today’s announcement from the NFU that there will be a major dairy summit in London on Wednesday.

Over the past 14 years the number of dairy farmers in Cornwall alone has halved whilst production levels have remained broadly the same. Uncertainty remains and the risk of more dairy farmers being put put of business is growing by the day.

Around 13.4 billion litres of milk are produced in the UK every year, delivered to dairies and manufacturers to produce our daily pinta, yoghurts, cheeses, cream and a variety of food ingredients.

He said “Dairy farmers are already in a very difficult financial situation with many producers selling their milk for well below the cost of production. I can’t see how some family run dairy farms can survive this round of price cuts, which will take tens of thousands of pounds out of their accounts, with no notice and no come-back whatsoever.

Wednesday’s summit, at which it is expected that 2,000 producers will be present, has been called following talks between the main farming unions. It will take place at Central Hall Westminster, Storey's Gate, London, SW1H 9NH, from 1pm till 3pm on Wednesday 11 July. The region’s MPs are also being invited to attend the summit and producers are being asked to meet their MP for one-to-one meetings that day.

The price cuts of between 1.65 pence per litre and 2 pence per litre, announced last week, mean that many farmers will be paid prices that are at least 5 pence below the break-even point for milk production, at a time when rising fertiliser, fuel and feed costs are already impacting on dairy farm incomes. Retailers such as Asda, the Co-op and Morrisons are lagging behind their competitors in paying a sustainable price for milk sold in their stores.

Pete Nicholson, Milk Procurement Director at Robert Wiseman Dairies said: “We have done everything we can to minimise the reduction in our farm gate milk price but we must now reflect the substantially lower returns from the markets which we serve.”

Another meeting between MPs and government ministers will happen this week to discuss the strengthening of the plans to protect farmers from milk price volatility.

"The current situation is unsustainable. Of course, the Government cannot regulate or set prices, but the proposed Supermarket Watchdog (Grocery Adjudicator) should be empowered to take account of supplier contracts which respect the maintenance of an agreed farm gate price and to protect suppliers from short notice changes which make the contract unsustainable" said Andrew George MP, who will attend the meeting.

“Many producers are facing a crisis point and it is time that the whole industry decided to do something about it" said Dalby.

"We need the retailers who aren’t paying enough to get real and pay a proper price for farmers’ milk. We’ve been asking for a robust code of practice on dairy contracts and we must get producers a fairer deal or we’ll see many farmers going out of dairy production. At the moment many contracts give no notice of price cuts and require very long notice periods to cancel, but only for the farmer. What other industry would hamstring its primary producers in this way?”

The business minister Norman Lamb will meet representatives of the Grocery Market Action Group on Wednesday.

They will discuss the progress of the Grocery Adjudicator Bill - a proposal which had come from the Grocery Market Action Group. The Bill has all party support and is an integral part of the Coalition Agreement.