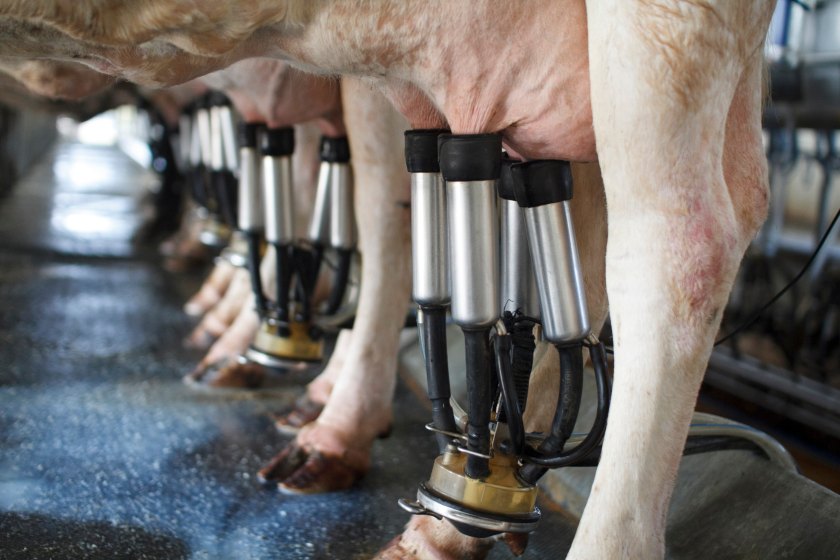 Assuming the typical lag of three-four months, milk prices are projected to see further cuts into the spring, AHDB says
Sign in to add your own press release SIGN IN Register

Milk prices are set to change direction this year following record-breaking price increases in 2022, according to new analysis by AHDB.

Changes to milk prices for the start of 2023 have been downwards, with just one exception, and are the first reductions in almost two years.

Assuming the typical lag of three-four months, prices are projected to see further cuts into the spring, the levy board says.

In new analysis, AHDB notes that increases in milk prices last year were pushed through faster than under normal circumstances.

This was triggered by the unprecedented rise in farm input costs and the threat of milk shortages.

Patty Clayton, AHDB lead analyst explains: "Higher prices, along with the more widespread increase in the cost of living, meant demand for milk and dairy products diminished through the latter part of the year, and dairy product prices started to ease.

"At the same time, milk production in the northern hemisphere has picked up, primarily down to improved farm margins on the back of elevated milk prices, although the favourable weather conditions in the UK and EU through the autumn also lent a hand."

She says, however, that lower market returns are now starting to flow through into milk price reductions. 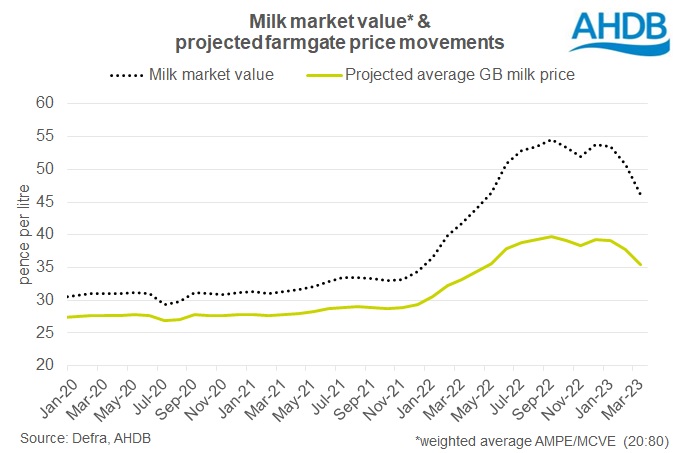 "Assuming the typical lag of three-four months, milk prices are projected to see further cuts as we move into the spring," Ms Clayton explains.

The extent of price cuts in the second quarter of 2023 remains uncertain, the analysis says, as the degree that commodity prices, and market returns, drop will depend on the strength of the northern hemisphere flush relative to demand.

"The general consensus from most analysts is that global milk supplies will see a modest increase year on year growth, although in part this is due to low volumes last year," Ms Clayton says.

"Balanced against this is the potential for some improvement in demand from China, although its unclear how quickly this will occur following the reopening of its economy."

It follows similar analysis by Rabobank, which explained that after record farmgate prices in many regions last year, prices should move lower heading into 2023.