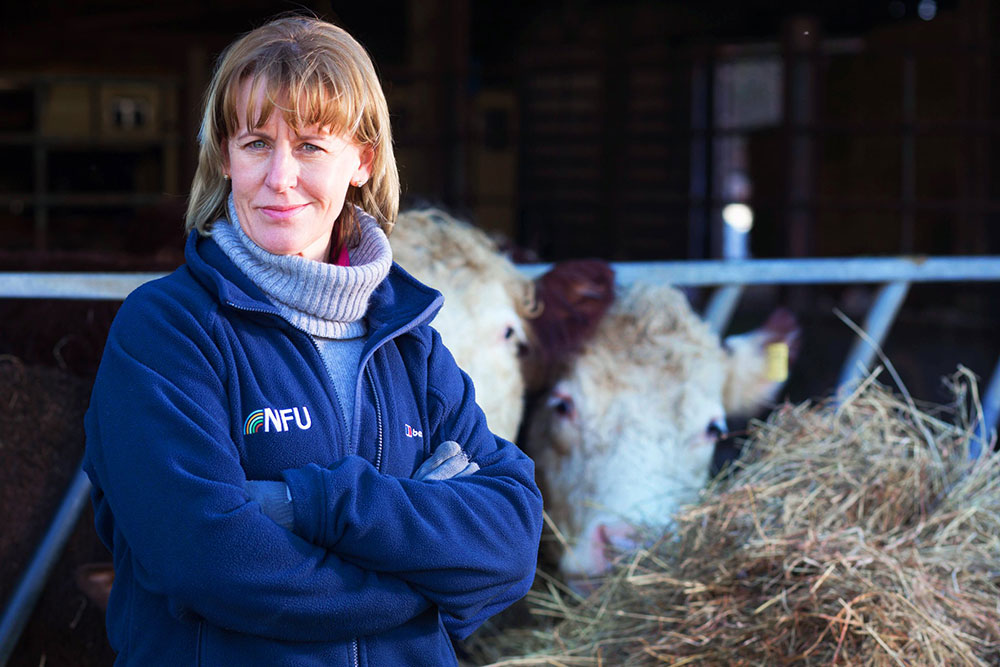 Mrs Batters has been an NFU member from grassroots

Mrs Batters has been an NFU member from grassroots through to county chairman, serving as Wiltshire's council delegate and also as regional board chairman for the South West.

She runs a diversified, mixed farming business that includes horse livery, cattle, sheep, a wedding and corporate events venue and a catering business specialising in home grown produce within 300 acres in Wiltshire.

She co-founded the campaigning initiatives like 'Ladies in Beef' and told Sky News that more women were coming through wanting to be 'farmers of the future.'

"We have got colleges now with many more women coming through wanting to be the farmers of the future.

"But it is not about men and women, it is about both, and having our voices heard," she said.

Environment Secretary Michael Gove paid tribute to the former president Meurig Raymond during a speech at the NFU's annual conference in Birmingham.

He described the retired president as "an outstanding leader of this organisation, a powerful voice for farmers and a highly effective advocate for agriculture."

He said: “I have hugely valued your candour and wisdom and will miss our regular meetings. Everyone in this room should know, and I am sure does, how determinedly you have stood up for their interests in all our conversations and you deserve the gratitude of everyone in this room for your exemplary leadership.

“Thank you for the work you’ve done. You leave very big boots to fill.”

Meurig Raymond, who farms 3,400 acres in Pembrokeshire, was first elected local branch Chairman of the NFU in 1979 and Pembrokeshire County Chairman in 1989.

In 1992 he became the Welsh NFU Treasurer and served as the Pembrokeshire delegate on NFU Council between 1995 and 2004.

He served as Vice-Chairman of the NFU's Cereals Committee between 1999 and 2001 and served on the Agricultural Wages Board for six years from 1998.