Minette Batters' father would've been 'flabbergasted' at her leading NFU 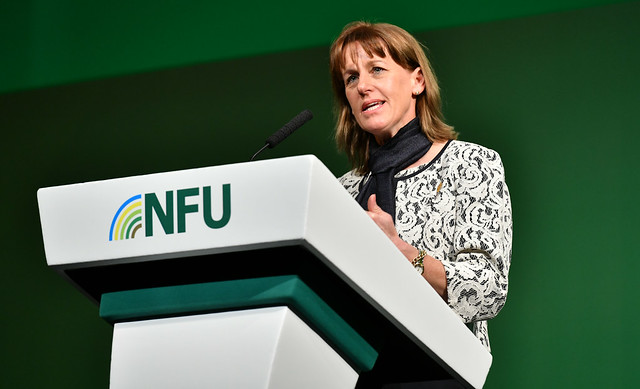 Minette Batters has highlighted how her own father would've been shocked at her leading the National Farmers' Union.

The first-ever female president of the NFU recalled how her father was 'against women farming' in an interview with ITV News.

“My father was pretty against women farming really. He was very against me going to agricultural college,” she said.

She has been an NFU member from grassroots through to county chairman, serving as Wiltshire's council delegate and also as regional board chairman for the South West.

Aside the union work, she runs a diversified, mixed farming business that includes horse livery, cattle, sheep, a wedding and corporate events venue and a catering business specialising in home grown produce within 300 acres in Wiltshire.

Shout out to ladies with livestock!
With the @BathandWest show in full swing, how easy is it to be a woman farmer these days?
We caught up with @Minette_Batters, the first-ever female President of the @NFUtweets. pic.twitter.com/af1XcuU2uq

And, according to her, the traditionally male-dominated industry is 'changing'.

Just after getting elected last year, she said that more women were coming through wanting to be 'farmers of the future.'

“We have got colleges now with many more women coming through wanting to be the farmers of the future.

“But it is not about men and women, it is about both, and having our voices heard,” she said.

According to the Office for National Statistics (ONS) Labour Force Survey, women now make up one third of the agricultural sector’s workforce, having increased by 7% over the last decade.