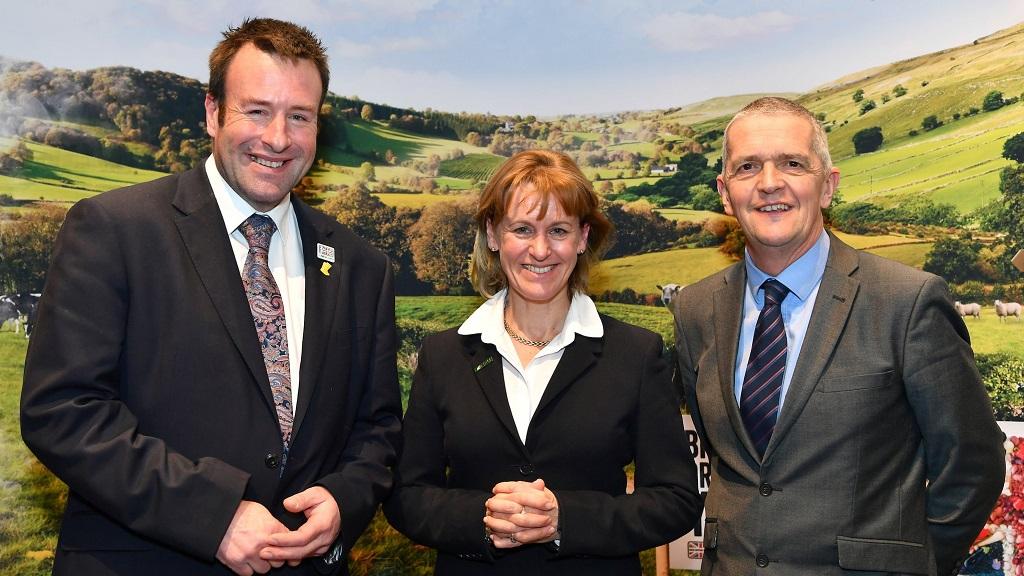 Minette Batters has been elected as new President of the National Farmers’ Union (Photo: NFU)

Social media has reacted to the news of Wiltshire farmer Minette Batters making history as the first woman to lead the National Farmers' Union.

"Huge congratulations to Minette Batters, the first female NFU president and a brilliant successor to Meurig Raymond," he said.

"I look forward to working together to shape a future that delivers for our farmers."

Guy Smith, who contended the President position, said it is a "historic moment" for the NFU.

"Great day for British agriculture at a pivotal time. Looking forward to working with Minette Batters and Stuart Roberts over the next two years."

Guy Smith was elected for a two-year term as Deputy President and Stuart Roberts as Vice President.

Ladies in Beef, a beef body which Minette Batters co-founded, said they are "so proud" of the President.

"Huge congratulations to Ladies in Beef co founder Minette Batters, the new NFU President. And the first ever woman to hold the post. Here at LIB Towers we are so proud of you!"

Twitter user John Grugan said: "There have now been more female presidents of the NFU than there have been female Labour Party leaders. Just saying."

User Jennie said it is "great news" for women in agriculture.

"Not gonna lie may have just had a little woohoo and a dance! Great news for women in agriculture, congratulations - #historicmoment"

The election took place after the AGM of the NFU Council, a representative body made up of its elected members, following the annual NFU Conference.

Ms Batters said: “I am delighted to have been elected as President of the NFU and I am grateful to all the members who have given me the opportunity to lead our industry through Brexit and beyond.

“At the heart of the NFU is its members and I would like the organisation to aim even higher on their behalf. British farming is in the spotlight like never before and this is a great opportunity to reposition the sector in the eyes of the nation.

“Together as a new officeholder team, we will hit the ground running and I look forward to sharing our new vision for farming at the earliest opportunity.”