More than 1,800 livestock killed by dogs in past few years, report shows 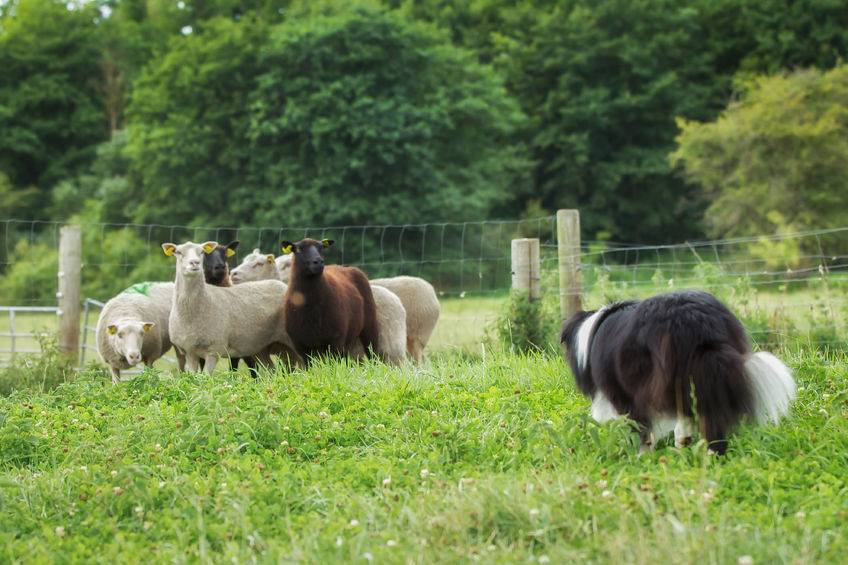 More than 1,800 farm animals have been killed by dog attacks in the space of four years, according to a new report which highlights the blight of livestock worrying.

The report, released by the influential All Party Parliamentary Animal Welfare Group on Thursday evening (16 November), calls for more action to tackle the growing problem of livestock worrying.

This involves dogs off leads chasing and attacking sheep and cattle. The report shows that 1,866 farm animals have been killed, 1,614 have been injured and 92 dogs have been shot in ‘worrying’ incidents from September 2013 to September 2017.

The report has called to make livestock worrying a recordable crime to ensure more accurate records, as the farming industry fears that the statistics are likely to be the tip of the iceberg. Dog owners could face harsher penalties under new legislation proposed by the cross-party group.

Farmers have described how they constantly deal with the problem of livestock worrying, with incidents recorded on an almost daily basis around the UK. Sheep are valuable assets and any harm to them harms a farmer’s livelihood.

On Wednesday (15 November), an out-of-control dog killed three sheep and injured six others in a three hour ordeal whilst its owner frantically searched for it. The dog has had to be euthanised.

On Monday (13 November), a Welsh farmer had to shoot a dog dead which ran havoc on his land and savaged six of his sheep.

A case of livestock worrying went viral on social media when a farmer, who protected his sheep from a dog attack, was fined by the police for "breach of the peace" after a spat with the dog owner.

By law, dogs must be controlled so that they do not scare or disturb livestock or wildlife, but a farmer has the right to shoot the dog if it holds a credible threat.

However, the National Sheep Association (NSA) said it recommends that farmers only shoot dogs as a last resort, as the legality of a shooting depends on whether a farmer had a lawful excuse for shooting the dog in that individual circumstance.

Indeed, landowners and farmers have frequently called out for more common-sense measures to battle the growing problem.

One of those measures include allowing them to divert footpaths on a temporary basis where there is a risk of harm to the public, dogs or livestock.

Rural organisation the CLA has welcomed the report. It also suggests that urgent action is taken to give landowners and local authorities the power to put in place temporary diversions of public footpaths and bridleways to reduce the risk of harm when the land is being used for animal grazing.

CLA Legal Adviser Andrew Gillett said: “Diverting footpaths temporarily is a common-sense measure that could make a major difference for farmers and the general public. We will continue to press for this to be available as an option where the risk of harm is apparent.

“We want people to be able to enjoy the countryside, especially dog walkers, but it is vital that people and animals are kept safe.”

The CLA said it supports the Countryside Code and urges dog walkers in particular to think carefully about how they look after their animals, especially keeping them on a lead when around livestock.

The pressing issue has prompted Police Scotland to launch a month-long campaign to raise awareness among dog owners about the devastating effects of livestock worrying.

Inspector Jane Donaldson, Police Scotland Rural Crime Co-ordinator, said: “Rural dog owners and those who choose to exercise their dogs in the countryside must ensure they are under control at all times and try to avoid going into fields where livestock is grazing.

“The worrying of sheep and other livestock by dogs not only has an obvious financial and emotional impact on farmers when their animals are killed or injured, but also has an effect on the animals themselves, their productivity and welfare.

“We are encouraging farmers and landowners to engage with dog walkers and to help keep them informed by putting up signs on gateways and on key roads and paths alerting them to the presence of sheep and other livestock in their fields and suggesting alternative routes”, added Inspector Donaldson.

The National Sheep Association has applauded Police Scotland's campaign, and said it is every dog’s instinct to chase, even if they are usually obedient and good with other animals.

"Chasing by dogs can do serious damage to sheep, even if the dog doesn’t catch them. The stress of worrying by dogs can cause sheep to die and pregnant ewes to miscarry their lambs," the group said.

Staying legal in England and Wales

The NSA has given a summary of the key points of legislation affecting dogs around sheep in England and Wales, to help walkers feel confident are staying within the law when in farming areas.

Under the Dogs (Protection of Livestock) Act 1953, if a dog worries sheep on agricultural land, the person in charge of the dog is guilty of an offence. The Act considers sheep worrying to include attacking sheep, chasing them in a way that may cause injury, suffering, abortion or loss of produce or being at large in a field or enclosure in which there are sheep.

The Countryside and Right of Way Act (CROW Act) sets out public rights of access to open land and the restrictions to these rights. The Act states that the public can only go on this land if they keep dogs on a fixed lead of 2 metres or less near livestock

Under the Dogs (Protection of Livestock) Act 1953, if a dog worries sheep on agricultural land, the person in charge of the dog is guilty of an offence. The Act considers sheep worrying to include attacking sheep, chasing them in a way that may cause injury, suffering, abortion or loss of produce or being at large in a field or enclosure in which there are sheep.

Under the Land Reform (Scotland) Act 2003, access rights do not allow members of the public on to land with a dog which is not under proper control.

Under the Access to the Countryside (Northern Ireland) Order 1983, members of the public are not allowed onto open country with a dog that is not under proper control.

A Guide to Public Rights of Way and Access to the Countryside published by the Northern Ireland Environment Agency’s Environment and Heritage Service states that members of the public shall not be permitted to bring dogs onto open country unless the dogs are held on a lead at all times.

Under the Dogs (Northern Ireland) Order 1983, it is an offence to allow a dog on any land containing livestock unless the dog is under control. The Order defines ‘under control’ as ‘restrained by a chain or other sufficient leash held by a person exercising proper control over the dog’.

The Order also states that if a dog worries sheep (attacks or kills sheep or chases them in a way that may cause injury, suffering or financial loss to their owner) the person in charge of that dog is guilty of an offence.