More than one agricultural worker in UK commits suicide a week, figures show 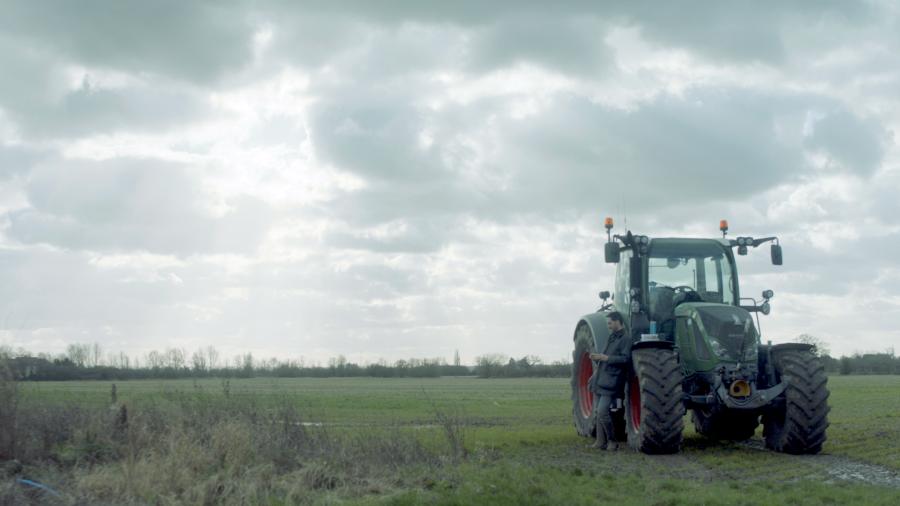 Levels of depression in the industry are thought to be increasing (Photo: Farm Safety Foundation)

More than one agricultural worker commits suicide a week, according to a leading farming charity which aims to highlight mental health awareness in the industry.

The Farm Safety Foundation, the charity behind Farm Safety Week, has advised the farming industry to start looking after themselves mentally as well as physically.

Poor mental health is the biggest health topic in the UK at present - one in four people have been diagnosed with a mental illness and in farming, mental health issues continue to be of great concern.

The leading cause of death for people aged between 20 and 34 is suicide - and approximately, according to the Office for National Statistics (ONS), more than one agricultural worker a week in the UK dies by suicide.

The Farm Safety Foundation has thus launched a week-long initiative called 'Mind Your Head' to raise awareness of mental health amongst the farming community.

International rugby referee and former president of the Wales Federation of Young Farmers’ Clubs Nigel Owens for the campaign.

Levels of depression in the industry are thought to be increasing and suicide rates in agricultural workers are among the highest in any occupational group.

Figures show risk of suicide was also higher amongst those working in specific agricultural roles such as harvesting crops and rearing animals, almost twice the national average.

Struggling beef farmer Stephen ran a 200-acre beef farm with his wife, Rachel for 15 years. When Rachel decided to file for divorce and custody of the children, it came as a devastating shock to Stephen.

Not only did he have to carry on running the farm on his own, he had to adjust to a new life at home, without his family close by.

Suddenly things got too much for Stephen. The farm began losing money and he slowly sank into a deep depression.

Thankfully, he recalled being given a helpline card by somebody from the Farming Community Network (FCN), with whom he met at a local show earlier in the year.

He called the helpline and discussed his issues over the phone, before being referred to a local volunteer. The volunteer met with Stephen to go through his situation.

Over the next few months, the volunteer helped Stephen get his paperwork and finances in order – and even signposted him to a local mental health service to help him with his depression.

Charles Smith, Chief Executive of the FCN explains: “When it comes to important farm safety equipment, people usually think of tractor roll bars, shedding gates for livestock and high-vis clothing. But there is another piece of kit, which when used properly, is even better – the mind.

“It is very easy to underestimate just how important the mind is when it comes to farming. Along with the body, it is, without doubt, the best bit of kit a farmer can have.

“However, if your mind and body are not well-maintained, as well as your machinery, it is very easy to become less conscious of the dangers around you.”

British-based rural charities such as the the Royal Agricultural Benevolent Institution (R.A.B.I), the Farming Community Network (FCN) and the Addington Fund all aim to shine a light on this hidden issue.

The Addington Fund provides homes for farming families who have to leave their farm and by doing so will lose their home.

In times of emergency, and where hardship prevails, Addington may be able to support a farm business through its Trustees' Discretionary Fund with a short term grant.

In certain counties the Fund may be able to accommodate farm workers through its Affordable Rural Housing Scheme.

The Farming Community Network is a UK network of volunteers from the farming community and rural churches.

FCN provides a Helpline and a visiting service to farming people and families who are facing difficulties.

FCN's volunteers provide pastoral and practical support for as long as it is needed, helping people to find a positive way through their problems. Callers to the Helpline who need FCN support are put in touch with a local volunteer.

A farmers wife from Devon said about FCN: "I never realised what help was available until FCN listened to my problems and signposted me to the support I needed. I only wish I'd called sooner."

R.A.B.I is a grant-making charity that provides confidential help to retired and working farming people in financial difficulty.

A farming family from Yorkshire said about R.A.B.I.: "A big thank you to the Addington Fund and R.A.B.I for helping us with our housing and financial problems. One call made all the difference and gave us hope."

All three charities have teamed up to create a singular hotline, called Farming Help. It's website states: "Struggling to get by and not sure where to turn? Times can get hard for everyone but the good news is that farmers can reach three farming charities, with just ONE CALL."