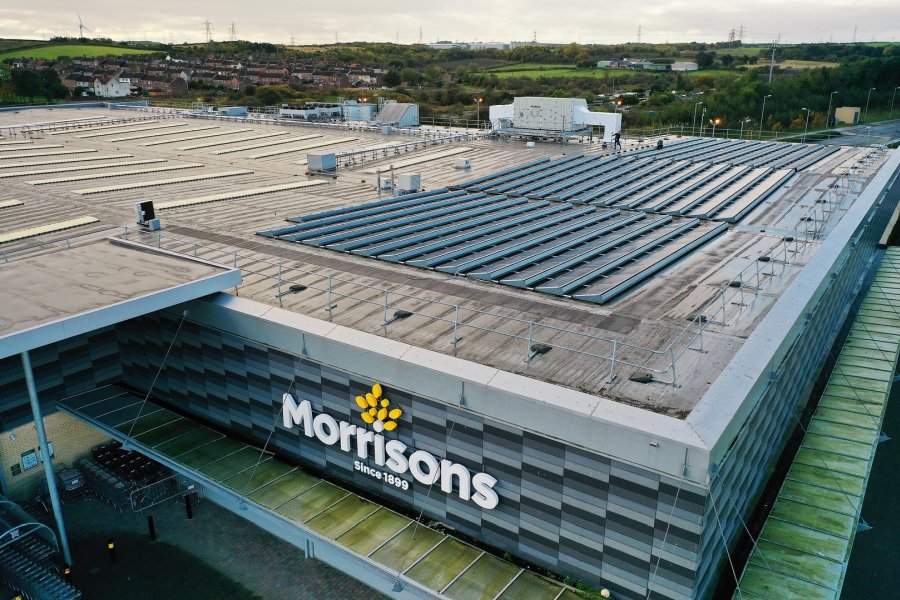 Morrisons has brought forward its commitment to be net zero carbon emissions from its own operations by 2035, five years earlier than initially pledged.

The retailer is also committing to reducing its wider ‘Scope 3’ emissions across its entire own brand supply chain - by 30 percent by 2030.

It is ahead of forecast in reducing its operational carbon emissions- a 33% cut in emissions was promised by 2025, and the current reduction has already reached 32%.

Future carbon reductions will be achieved by being directly supplied by ‘net zero’ carbon farms, and reducing food waste and food miles, the retailer said.

The supermarket chain also plans to help its farmer suppliers audit and reduce their CO2 emissions.

Morrisons will also become the first supermarket to own and operate its own solar farm across sites and stores.

Spanning nearly 125 acres in total by 2025 - the solar farm will be one of the biggest in the UK, producing over 100 megawatts of electricity.

Almost all of the power generated from the solar panels will be channelled straight into stores and sites, rather than going into the national grid.

David Potts, CEO at Morrisons, said: “We’ve committed to removing carbon emissions, rather than setting a carbon neutral target that would depend heavily on offsetting.