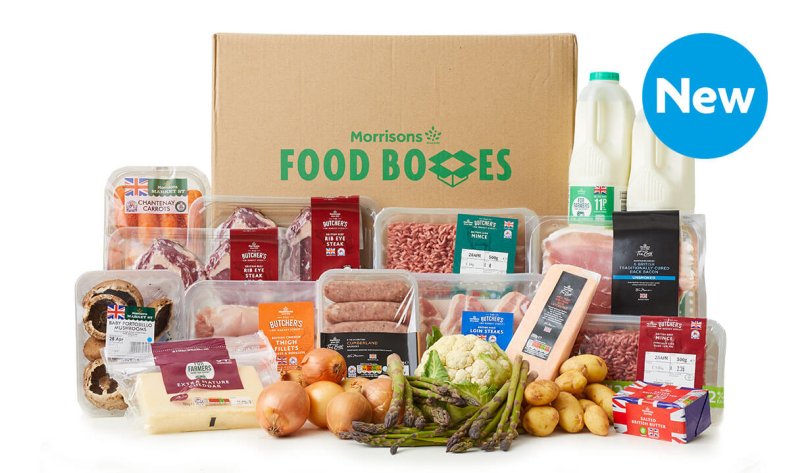 The 10kg box includes British produced food such as asparagus and Jersey Royals, plus ribeye steaks, sausages and cheeses

Morrisons is releasing a new British food box which includes seven packs of meat, two blocks of cheese and four pints of milk to help farmers sell their produce.

The 10kg box has been created to help producers sell food which would typically be destined for the foodservice trade, now largely closed due to the Covid-19 crisis.

The seasonal food box is priced at £45, and £1 from every purchase will be donated to farming charities through the Prince’s Countryside Fund.

It contains seven packs of meat - including ribeye steak, two blocks of cheese, four pints of milk, a block of butter, a kilo of potatoes and five packs of vegetables - including asparagus and Jersey Royals.

Created to support vulnerable and self-isolating customers, the British Food Box will also support farmers who have been struggling since the virus outbreak.

Additionally, the box will contain milk and cheese from the Morrisons For Farmers range which return more money directly into the pockets of farmers.

David Potts, Chief Executive of Morrisons, said the retailer wants to help farmers while also playing its part in feeding the nation.

"Our farmers produce some of the world’s finest meats, vegetables and cheeses which we want to offer to our customers.”

What's inside the food box?

The box will be available to buy on the Morrisons Food Box website. Customers who wish to place an order over the phone can also call 0345 611 6111 and select option four.