Most 'meat' will be lab-made or plant-based by 2040, report says 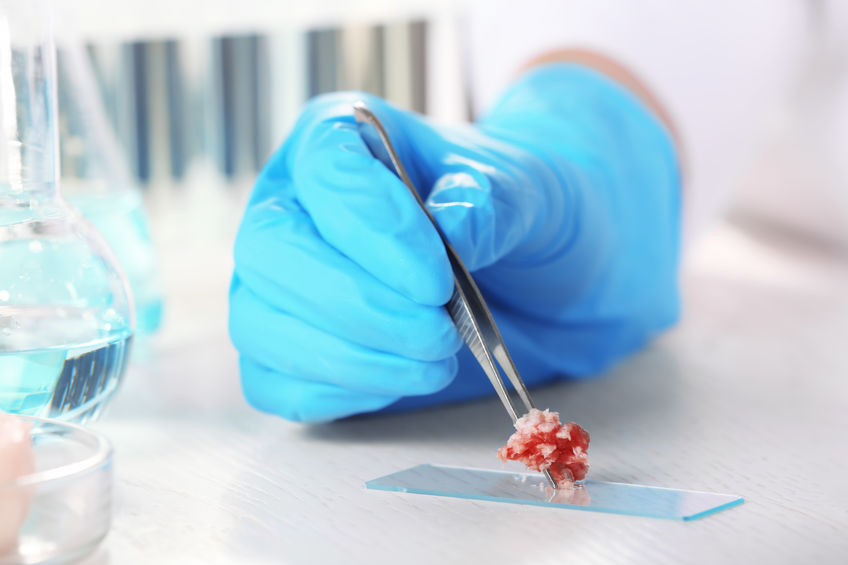 Some companies are working on growing meat cells in labs

Sixty percent of the 'meat' people eat by the year 2040 will not come from present production methods, according to a new report.

It predicts most of the meat eaten in just over 20 years will instead derive from plant-based sources and cultured, or lab grown, meat products.

And tissue engineering experts say the UK is leading global efforts to develop lab-grown meat which could be on supermarket shelves within five years.

It comes amid growing consensus in addressing future food needs as well as reducing greenhouse gas emissions as part of efforts to tackle global warming.

Global consultancy firm AT Kearney, which created the report, highlighted how approximately $1bn has been invested in plant-based meat replacements.

AT Kearney partner Carsten Gerhardt said in the report: “The shift towards flexitarian, vegetarian and vegan lifestyles is undeniable, with many consumers cutting down on their meat consumption as a result of becoming more conscious towards the environment and animal welfare.

“For passionate meat-eaters, the predicted rise of cultured meat products means that they still get to enjoy the same diet they always have, but without the same environmental and animal cost attached.”

The firm said the agricultural industry faces “enormous challenges” in its efforts to meet the rising global demand for meat while trying to transform into a more sustainable sector.

The report states: “The large-scale livestock industry is viewed by many as an unnecessary evil.

“With the advantages of novel vegan meat replacements and cultured meat over conventionally produced meat, it is only a matter of time before they capture a substantial market share.”

It concludes: “All in all, cultured meat and new meat replacement products are going to disrupt the billion dollar conventional meat industry with all its supplier companies.

“This disruption is supported by a general shift towards consumption of non-meat proteins (for example, legumes and nuts) as a consequence of new lifestyle trends, all aimed at a more sustainable and healthier diet, as well as regulatory measures against conventional meat.”