Most NI dairy farmers 'not happy' with milk prices 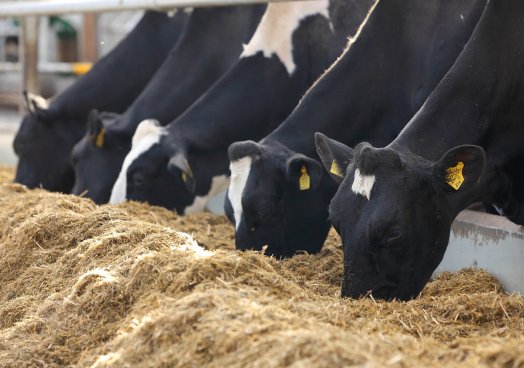 Over three-quarters of dairy farmers in Northern Ireland are 'not happy' with the current milk price situation, according to a survey.

The dairy questionnaire was conducted by the Ulster Farmers' Union (UFU) at the recent Winter Fair, to reflect the feeling on the ground.

The milk price being paid by dairy processors generated the most debate, the survey shows.

Over 77 percent of those interviewed in the questionnaire were not happy with their milk price, and 72% said they are in favour of constituent pricing.

Only 27 percent knew how their dairy processor calculated the monthly base price they receive.

While the majority of farmers were happy with the milk testing service, 38% felt the service provided was either fair or poor.

The union's deputy president Victor Chesnutt said: “It is clear that a number of issues need to be addressed in the dairy sector, particularly the calculation of the base milk price that processors generate each month.

“With the DEFRA consultation on milk contracts approaching, this is a timely opportunity to have this discussion.

“Throughout 2019 the UFU challenged local processors on the farmgate milk prices and we’re not surprised to see so many expressing their discontentment about the milk base price they received.”

Farmers have been calling for the debate to be opened on what constituent pricing may look like in Northern Ireland.

The union's dairy committee have agreed that in collaboration with the Agri-Food and Biosciences Institute, a body of work should be conducted to look at this.

Mr Chesnutt added that one of the most concerning results from the survey is that while the majority of farmers were optimistic about the future, a significant number were unhappy or unsure.

“We must use the information we have gathered to help improve certain aspects within diary, to ensure that every farmer in NI is receiving fair returns and can be confident about the future of their business,” he said.