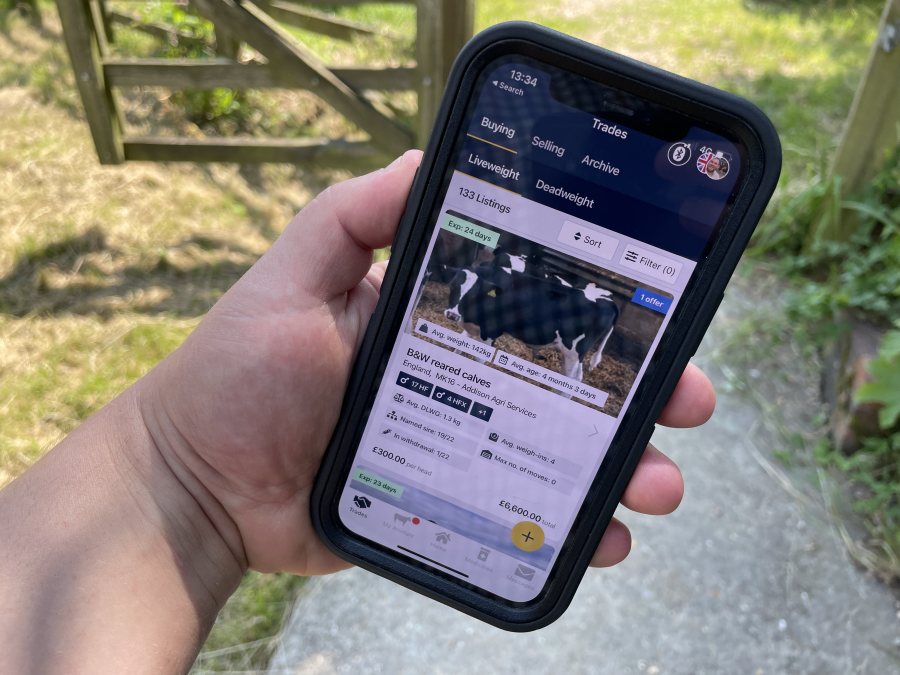 Farmers have traded more than £1.85m worth of cattle since Breedr was launched in February

Farmers have traded more than £1.85m worth of cattle since Breedr was launched in February.

The app enables farmers to list their stock for sale, complete with their movement history, weights, growth rates, medicine usage and photos.

On average, vendors have received 99.7% of their asking price and have sold within five days of listing.

The average lot size is 14 head, commanding £11,530 – and stock range from weaned calves to stores and finished cattle.

“We are delighted that farmers are finding it so easy to buy and sell through the app,” said Breedr founder Ian Wheal.

“Feedback has been incredibly positive, with sellers enjoying the speed and ease of selling stock and purchasers buoyed by the confidence that buying based on actual weights gives.”

Around 3,000 buyers and sellers are currently registered to trade through the app, and the first three trades are commission free until October.