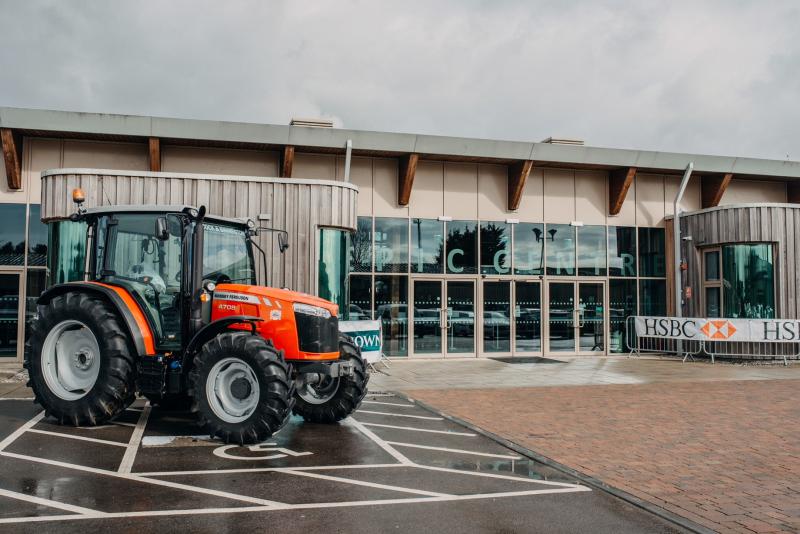 The power of revolutionary farming technology and the need to invest in agri-robotics was the talking point at this year's Lincolnshire Farming Conference.

Farmers battled the snow to come together for the annual farming conference, held on the 27 February at the Lincolnshire Showground, with ‘Farming in the Future’ as this year’s theme.

Mike Wilson from ABB Robotics was the keynote speaker at the conference and discussed ‘robots in the food sector.’

Mr Wilson has over 35 years’ experience in the application of automation and is now business development manager for ABB Robotics, leading the drive to increase the use of robots across UK manufacturing.

He said: “Although the food and beverage sector is the largest manufacturing sector within the UK, it is a challenging environment with growing competition from overseas and skills shortages.

“The area which is struggling is productivity – and as a result the UK needs to invest in more manufacturing equipment, work smarter and give staff the tools and technologies to do their jobs more efficiently.”

“We want to see the robots increase from 10% to 25% in order to make companies more efficient and productive,” he explained.

“The need for robots has already been proven – they are more cost effective in comparison to labour, they do not fatigue and they do the repetitive unpopular jobs which people do not want to do.”

He said companies don't invest in robotics currently because robotics is "too expensive".

“If a company doesn’t invest in robots it could be a sign that the business is not here to stay in the long run, as that is where the future is going,” Mr Wilson added.

“I believe that there are three pillars within industry sectors, first is products, process and innovation. Second is effective organisations and third is capital investment. To be successful in the long term, an industry needs to invest in all three. We need to change the culture, and robot automation is the key to achieving that.”

Live demonstrations of drones, robots and new technology were all featured as part of the exhibition morning.

The latest farming innovations and developing technologies were also discussed by top industry experts from across the country, including agri-robotics specialists from Harper Adams University and the University of Lincoln.

Topics such as ‘hands free hectare’, ‘robotic technology for the field’ and ‘drones and how to make them work for you’ were all discussed during the talks in the afternoon.

Driverless tractors, drones and robots are just a few examples of the latest farming technology which were on display at the conference.

There was also a call out for young people in the sector to take advantage of the new technology.

Steve Ward, chairman of the Lincolnshire Agricultural Society Education Committee, said that it’s not just about the launch of new machinery and technology, but the need for young people in the farming sector.

Mr Ward said: “Lincoln’s agricultural industry lies with the next generation and it is important that young people come into the industry to be able to use the advanced machinery and new technologies on offer.

“It is essential that we are staying ahead with the developing technologies – not only with robots but also drones, which are now smaller, more accurate and cheaper than ever before.”