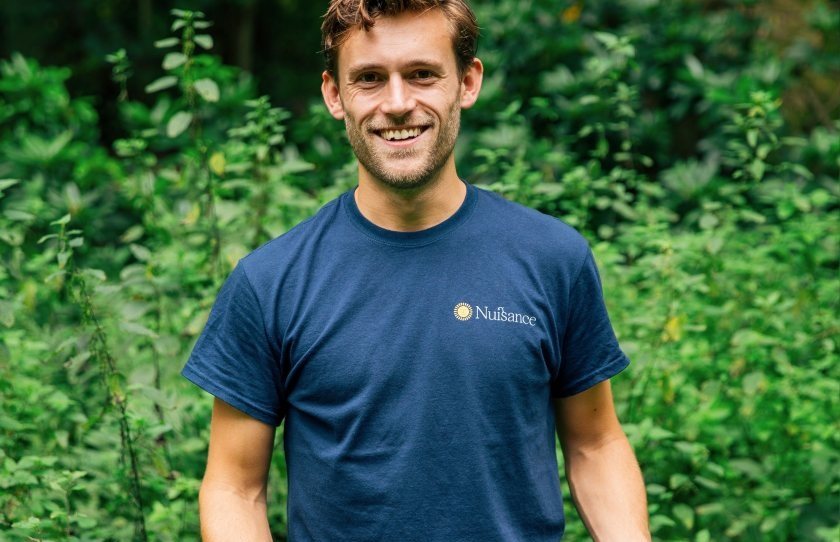 Hugo Morrissey, founder of the start-up, says he is open to collaboration ideas with farmers

A start-up which manufactures drinks made out of nettles is seeking to collaborate with a farmer who is 'crazy enough' to grow a field of them.

Since then, he has been awarded an innovation funding voucher to expand his well-received range of drinks.

Currently, Hugo forages for nettles on the Hopetoun Estate, situated just outside of Edinburgh.

But as demand grows he is keen to look at options for a more efficient and accessible source.

However, he says he is yet to find a farmer 'crazy enough' to grow a field of nettles, but is open to collaboration ideas.

“Nettles are often regarded as a nuisance, but they are a natural and abundant superfood," Hugo said.

"They are packed full of nutrients and vitamins and I really wanted to find a way to maximise the benefits they offer.

"My mother used to make nettle pressé when we were children, so it was the obvious place to start, and it has been really well received."

He is now looking at how his drinks can be produced on a commercial scale and how he can best prolong the products' shelf life without compromising goodness.

According to David Lawson, grass specialist at SAC Consulting, part of Scotland’s Rural College (SRUC), nettles have the potential to be a commercial crop with different markets.

But a major challenge is the cost of establishing a viable commercial process to create a market.

"The farmer will always be reluctant to invest if there is no known market," he said, "It’s chicken and egg as without a product there is nothing to market, so it really needs to be done in tandem."

Despite this, nettles have benefits such as promoting biodiversity: "If this is combined with a more environmental solution to clothing and protein production, it may be an area of interest for government funding to develop a process and a market.”

Nettles would be an easy crop to grow, according to David, as they will resow naturally and need few inputs, and could be part of the rotation.

However, they do have a high nitrogen requirement so would need to be grown on good fertile, rather than marginal, land.

David has recently been researching growing clover as an alternative protein source, which builds strong fertility in the soil, ideal for growing potatoes – and nettles.

For the time being, Hugo will be taking his healthy nettle drink to SAC Consulting as part of a new product development project.