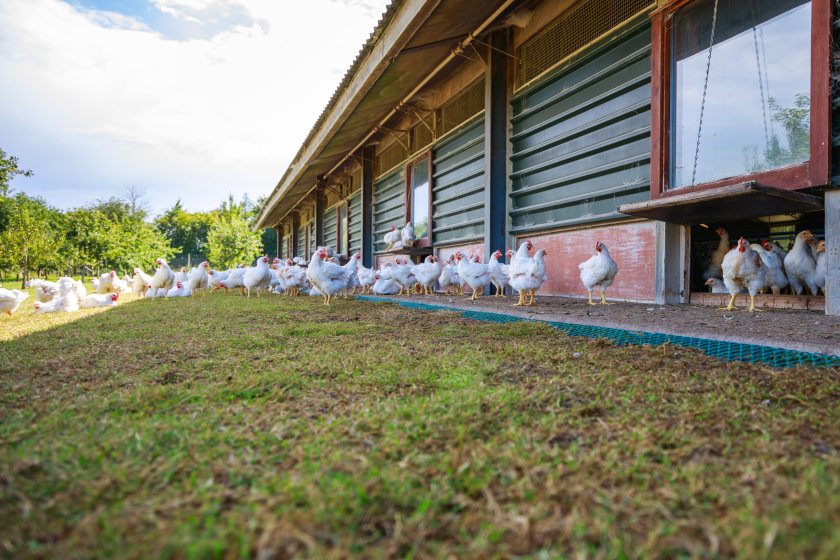 Free range egg businesses are being urged to consider diversifying into broiler production by converting existing buildings to contract rear birds for a Welsh poultry business.

There are already 15 farmers in Wales growing poultry for Capestone but it is now offering a new, less capital intensive supply route for new farmers who don’t want to invest in new build.

Capestone’s managing director Rob Cumine says the opportunity is a good one for any type of farm, but sees it as well matched to poultry farmers producing for other sectors, such as the egg market.

Buildings used for this purpose could be converted to broiler units for rearing birds, he says.

There are a number of reasons why this might appeal to those farmers, Mr Cumine suggests, including labour requirement.

“Our programme is less labour intensive than egg production, with a rest period every eight weeks,’’ he says.

The level of investment require would vary according to the existing facilities but Mr Cumine anticipates that it would be significantly lower than for a new build.

“We will have to make individual assessments on each applicant’s farm on whether a shed or unit is suitable for conversion,’’ he explains.

Growers will be offered a ‘new unit premium’ on conversions, and there will be a high level of support from the team at Capestone.

“We will introduce farmers to the various suppliers they will need to use to get converted and provide the necessary expertise in what they will require,’’ Mr Cumine adds.

Farm businesses would need to commit at least one hectare (ha) of land per 10,000 birds to allow the birds to range.

Outsourcing poultry production is commonplace in some regions, in particular northern Ireland and south-west England.

It also represents a source of income that is not influenced by reductions in the Single Farm Payment.

Capestone currently uses a mobile system to rear organic poultry at Walwyn’s Castle but wants to outsource some of its free range operations.

“This is an ideal opportunity for a farm diversification the requires minimal labour and good returns,’’ says Mr Cumine.

To meet welfare regulations on transport, partner farms must be within a three-hour journey time from Capestone’s site at Walwyn’s Castle.

There is also a requirement for the farm to have suitable access for articulated lorries.

Farmers interested in getting in touch can call 01437 781247 to speak to Viran Abeysena or Joe Rimmer, or by using the contact form on the Capestone website.