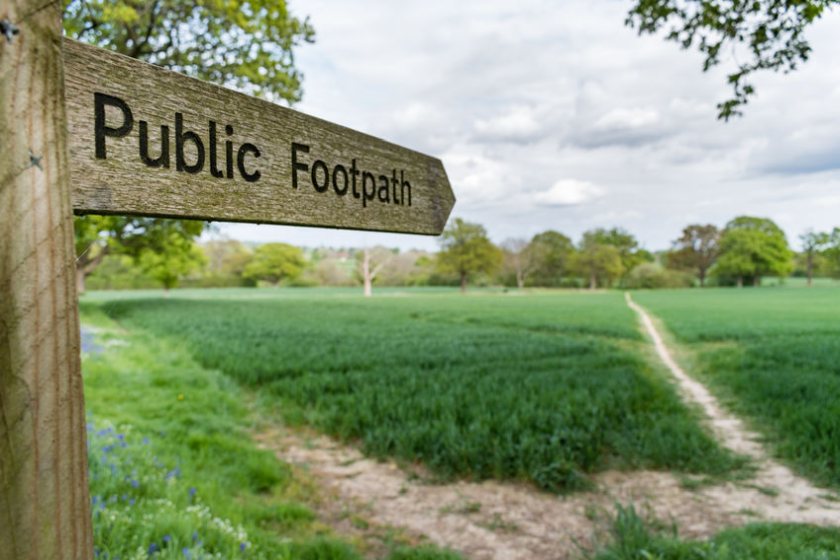 The Countryside Code has been updated to ensure visitors to the countryside respect the farmed landscape ahead of an anticipated rise in walkers as lockdown rules ease.

The Countryside Code, first published in 1951, has been given a revamp for the first time in over a decade.

Changes include clearer rules to underline the importance of clearing away dog mess and staying on footpaths to protect crops and wildlife.

With lockdowns curtailing other activities, footfall has rapidly increased on farm paths, throwing up new problems for farmers and landowners.

In February new figures from NFU Mutual showed that the cost of dog attacks on livestock had increased by over 10%, whilst the new year brought wet weather that led to concerns from arable farmers regarding the strain their footpaths were under.

The new refreshed Countryside Code also urges visitors to the countryside not to feed livestock and horses.

It has been shaped by nearly 4,000 stakeholder responses to an online survey, which sought views on best practices for visiting rural areas.

It comes ahead of the Easter weekend and the easing of some lockdown restrictions, which will bring a bumper period for visitors to the countryside.

In the summer of 2020, the Countryside Code was updated to respond to issues that were being raised during lockdown, such as sheep worrying by dogs.

The NFU has welcomed the update, adding that it was important for people to follow the rules and respect the countryside around them.

The union helped address the recent increase in access-related issues such as keeping to public rights of way, ensuring dogs are under control and dog waste is binned.

Deputy president Stuart Roberts said: "We are pleased that many of our recommendations have been included.

“It is important that rural access and engagement is recognised and respected and that the modern-day rights of way network benefits both farmers and the public."

NFU Cymru said the update was 'especially crucial' for the issue of access to land and the rights of way network.

"[It] is an active working environment where farmers and growers carry out their daily job of producing food," President John Davies said.

As part of today’s announcement, Natural England is also setting up a long-term Countryside Code campaign to increase awareness of the Code through 2021.

It will focus on encouraging behavioural change amongst the public to act responsibly when visiting outdoors and by respecting those who manage the land.