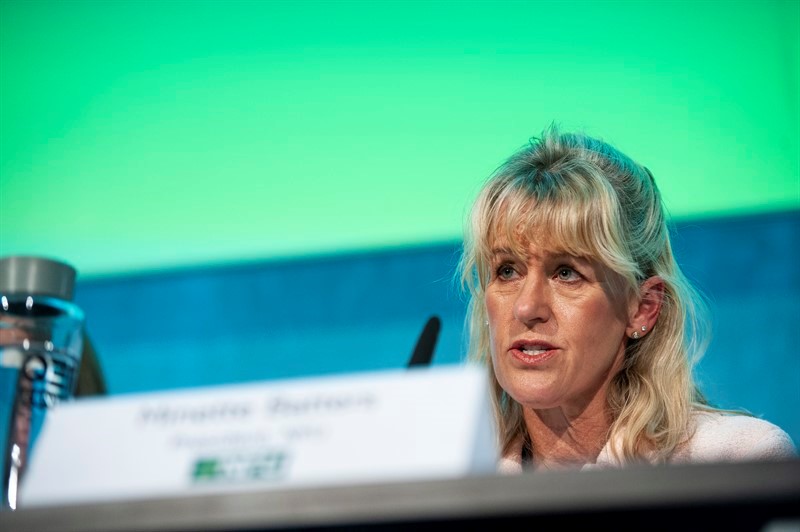 NFU President Minette Batters said the decision would come as another blow to farmers, who were already struggling with inflationary costs
Sign in to add your own press release SIGN IN Register

The NFU has called the government’s decision not to implement the planned controls on food and agri imports ‘unacceptable’, warning that it would deal another blow for farmers already facing surging costs.

The government will scrap the planned introduction of import checks on animals and animal products coming into the UK from 1 July 2022.

Checks on EU imports have been delayed three times already. The government had initially planned to enforce them in January 2021 at the end of the Brexit transition period.

Farming industry groups say the checks are crucial to the UK's biosecurity, animal health and food safety, and without them they leave farmers at risk.

The government has said that controls will be delayed until a digital solution is created, with a target introduction date by the end of 2023.

Responding to the new delay, the NFU said it was 'astounding' that the government was taking 'such an unacceptable approach'.

The union's president Minette Batters said: “For the introduction of these checks to have been delayed three times was bad enough but to now have them essentially scrapped in favour of an unknown system is unacceptable.

“This is a question of fairness. Our producers have to meet stringent controls to export, all while being left at a continued competitive disadvantage to our EU competitors, who are still enjoying an extended grace period which gives them access to the prized UK market relatively cost and burden free."

Mrs Batters said the decision would come as another blow to farm businesses who were already struggling with enormous inflationary costs and ongoing labour shortages.

Due to these pressures, she called for a national food strategy which demonstrated how Britain’s food supply would be "secured and sustained for the future".

"We will be seeking urgent discussions with the government about this decision to understand what it hopes to gain from this decision and ensure ministers understand fully the competitive disadvantage they are putting British farming under.”

The British Veterinary Association (BVA), the UK’s largest vet body, has also voiced strong criticism of the government’s decision to scrap the checks.

It warned that delaying checks could have serious implications for animal health and British agriculture, and open up a threat of the incursion of diseases such as African swine fever.

The deadly pig disease has already had a catastrophic impact on agriculture and animal health in parts of Europe and elsewhere globally.

James Russell, BVA senior vice president said: “This move flies in the face not only of common sense, but also of the government’s commitment to preserving high levels of animal and human health in the UK.

“With the UK now being outside the EU’s integrated and highly responsive surveillance systems, we have repeatedly warned that delaying veterinary checks further could weaken vital lines of defence against future incursions.

"To remove the requirement for checks entirely appears deeply misguided; we urge the government to abandon these plans and close off the threat of causing significant damage to our food and farming industries."