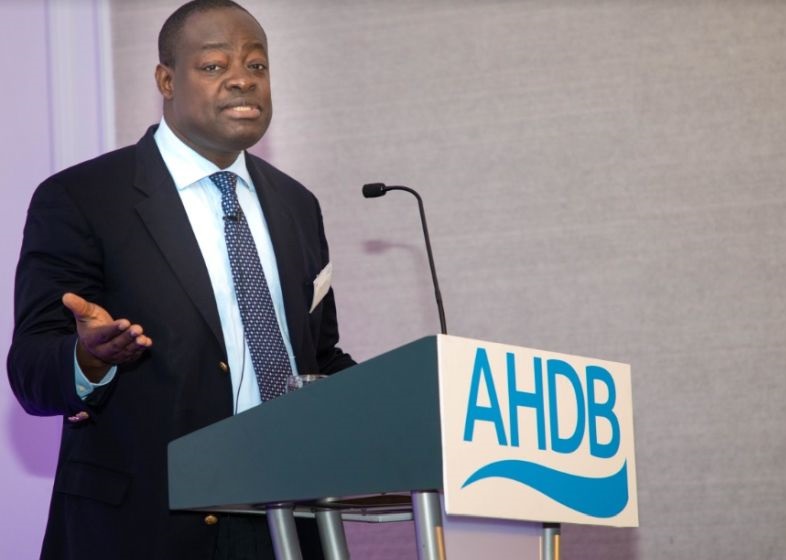 The importance of exploring new export opportunities and the potential rules of a ‘no-deal’ Brexit were some of the key points discussed at AHDB’s Global Britain conference.

During the conference, Mr Fox denied plans to lower food and farming standards post-Brexit and highlighted the importance of engaging with overseas markets to grow UK exports.

He said: “We all understand the global position we face that by 2050 there will be three million more mouths to feed in the world than we have today and the world is constantly looking for new sources of protein.”

Mr Fox pointed to the scale of opportunity for British suppliers in China which, by 2030, will have 220 cities with a population of more than a million as opposed to the whole of Europe which has just 35.

Delegates were also given an overview of what a ‘no-deal’ Brexit scenario would look like for the UK during a presentation from the Director of Agriculture and Commodities at the World Trade Organisation (WTO) Edwini Kessi.

He told the crowd that the UK would receive most favoured nation treatment as a member of the WTO and would benefit from the security and predictability of market access.

Mr Kessi also discussed the different forms of tariffs and agreed there was much to do to get countries to bring them down – with work already underway to achieve this.

Other successes include a new export deal worth £34 million which will see UK beef join pork, poultry, lamb and dairy on the list of food and drink shipped to the Philippines as well as ongoing work to reopen the market on UK beef and lamb exports to Japan.

Dr Hadley said: “As the UK prepares to take its place on the global platform as a trading entity, it’s vital that we are seen as a key exporter of our sectors products.”