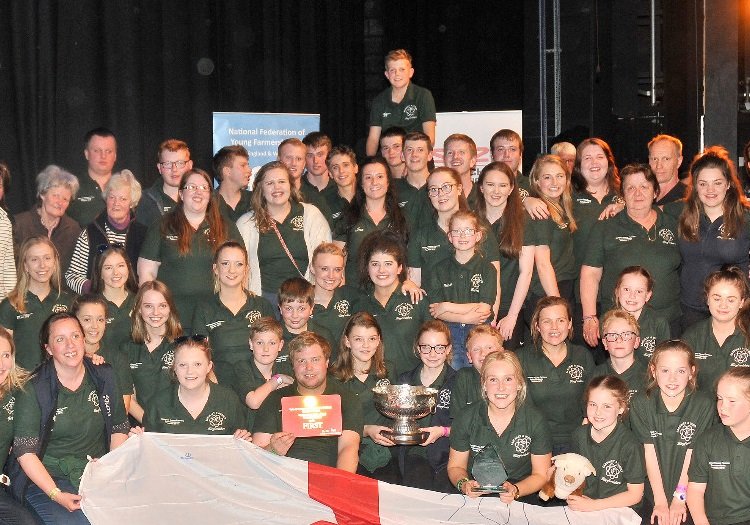 The National Federation of Young Farmers’ Clubs has launched a year-long fundraiser to help secure its future, the first time in its 89-year history.

The NFYFC estimates that County Federations have lost nearly £700,000 in income since the Covid-19 crisis began in March 2020.

The total loss for the organisation now stands at around £1 million because of the ongoing pandemic.

Concerns have been raised that some County Federations will not be able to weather the storm, with smaller clubs facing an even bleaker future.

NFYFC said it was urgently looking for ways to support counties who were struggling to survive on even tighter budgets than before lockdown, with reduced staff.

Lockdown restrictions forced clubs to stop physical meetings and competitions in March – a situation that has not happened since the Foot and Mouth outbreak in 2001.

During the lockdown, NFYFC launched YFC at Home to support clubs to move their activities online, but the usual income from rallies, competitions and fundraising events was lost.

A drop in membership numbers because activities were unable to resume also impacted on the usual income for counties, clubs and the national office.

While clubs are now able to meet again under National Youth Agency guidance, the ongoing restrictions and uncertainty means the YFC programme has been adapted for 2020-21.

To raise much-needed funds, a year-long programme of fundraising has been announced, with the first campaign starting this month for National Young Farmers’ Week.

Every County is being challenged to take part in the Give it Some YFC Welly Relay, where YFC members will be asked to travel the distance between the clubs in their county and then pass a virtual welly on to another county federation.

NFYFC will start two virtual wellies off in Cornwall and Northumberland on 26 October.

Counties will then need to nominate others on social media to take part until all 46 County Federations have received a ‘welly’, travelled the distance and fundraised for their cause.

"We must do all we can to ensure this vital youth service can continue and I’m encouraging every YFC to back their County Federation and Give it Some YFC Welly.”

"It’s good for YFCs to be meeting again but it’s going to be a long road to complete recovery where we’re all competing in large groups and enjoying time together again.

"Please get behind the Give it Some YFC Welly Relay and support your local county federation,” he added.

Anyone interested in supporting a County Federation’s campaign can visit the JustGiving page to see those taking part, where donations can be made.