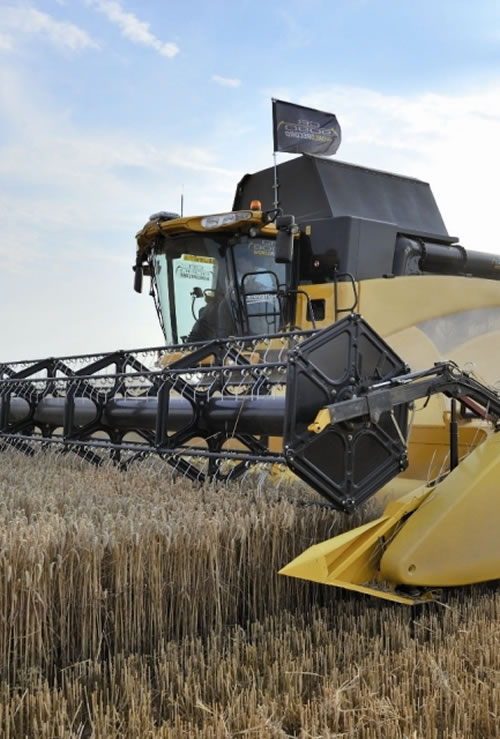 "We are delighted. You don't set a new world record every day. This is an impressive machine, which uses proven design and innovative technology to offer incredible harvesting capacity," said Hedley Cooper, New Holland's Director of Product Marketing. "Think Biggest was the guiding principle behind the CR9090 Elevation's development and we were confident we could achieve a very high record." 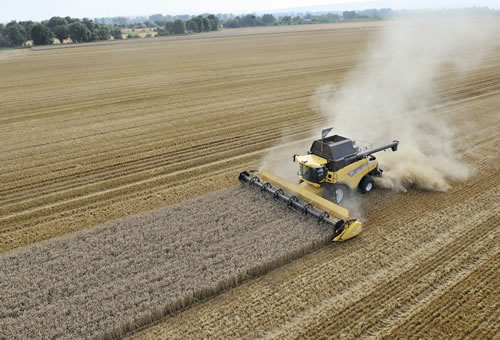 The previous record, set in the UK in 1990, stood at 358.09 tonnes of wheat in eight hours. The CR Elevation harvested 451.2 tonnes in the same time before going on to harvest a total of 569.44 tonnes in 10 hours. "The previous record was achieved using a stripper header, but in addition to the grain, the CR Elevation harvested 387 tonnes of straw giving a total throughput of 1014 tonnes during the 10 hours, highlighting the power and capacity of this machine," added Mr Cooper.

The challenge was undertaken using just one driver, New Holland demonstrator, Rene Heidig, with the machine operating continuously and without refuelling, with the fuel consumption averaging 15.14 l/ha.

Taking place at the farm of Ugo Portmann, a New Holland customer based near Leipzig in central Germany, the record was set under the watchful eyes of local German notary, Peter Lorenz and Kristian Teufel from Guinness World Records.

The average grain moisture content was of 10.9% and the average broken grain 0.14%. The outstanding grain purity achieved was as high as 99.5%. Grain loss levels and grain quality, were checked every 30 minutes under the direction of independent consultants, Uwe Schmidt Consulting from Gotha, Germany.

The CR9090 Elevation uses turbo compound technology to achieve greater engine efficiency, with a 5% fuel saving when compared to a similar horsepower standard engine. When combined with the CR9090 Elevation's 1160 litre larger fuel tank this ensured that the combine could work hard continuously throughout the 10- hour record challenge.

Footage of the record is available at http://www.thenewsmarket.com.