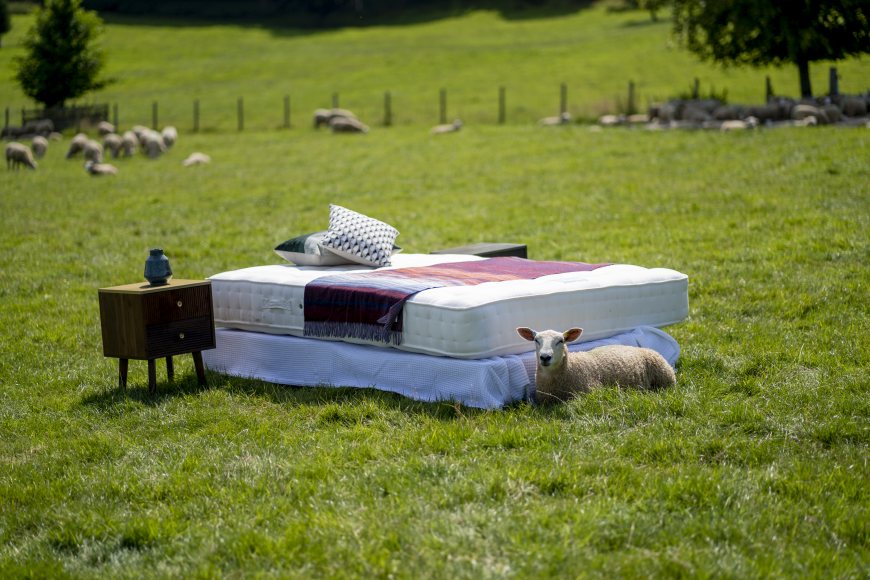 John Lewis and Waitrose have launched a new initiative that aims to prevent wool from being wasted, by using it in a new sustainably-produced mattress range.

The collaboration seeks to prevent unnecessary waste, support farmers and re-establish wool as a highly sought after and widely used commodity.

Once a highly valued commodity, wool has been under-utilised for decades, with the price offered not even covering the cost of shearing, let alone transportation.

This has led to hundreds of thousands of tonnes of high quality wool being wasted for decades, with farmers being forced to burn or bury it after shearing.

This issue is not common knowledge among British shoppers, with two-thirds (66%) claiming to be unaware farmers were having to burn their wool.

But over half (52%) said they’d be happy to pay more for products that use British wool, with 41% saying they’d be prepared to pay between 5-10% more and a third saying they’d pay as much as 20% more.

By partnering with sheep farmers, Waitrose and John Lewis said that awareness of the issue will be raised, as well as drive a renewed demand for British wool.

Patrick Loxdale, one of the farmers involved in the initiative said: "My hope is this initiative will kickstart a resurgence in interest in British wool.

“The wool market has been tough for a long time and now, with exports to China halted because of the pandemic, it’s even tougher."

Jake Pickering, senior agriculture manager at Waitrose, added that the initiative aims to restore British wool’s status as the highly valued commodity it used to be.

“Wool used to sustain entire economies but it has declined in value so dramatically that British farmers are now in some cases having to dump it.

"We saw an opportunity to make a difference to our farmers and the environment by ensuring the quality wool they’re producing is not wasted."