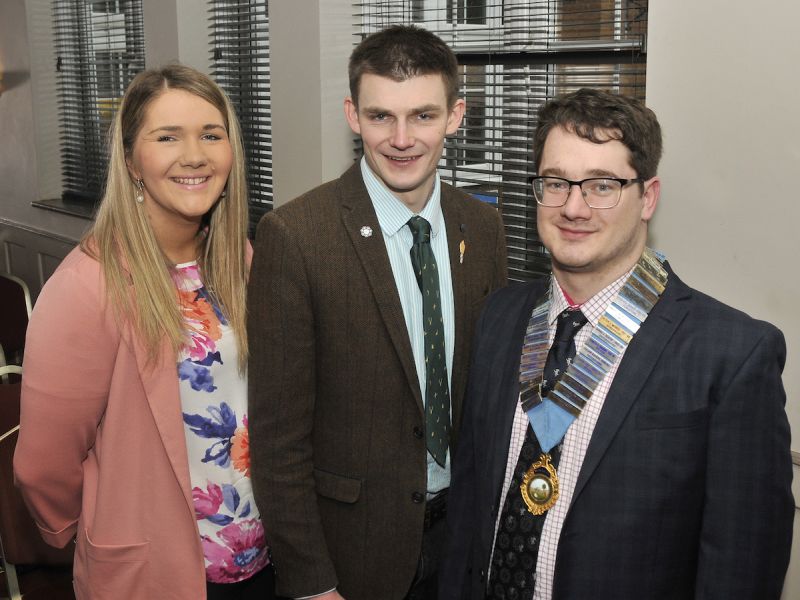 The new chairman of the National Federation of Young Farmers’ Clubs is promising a 'year of change' as the organisation develops a new strategy to meet the needs of rural young people today.

Dewi Parry, a member of Betws-yn-Rhos Young Farmers’ Club for 12 years, was elected the national chairman of the NFYFC on Sunday 16 February.

Supporting the 29-year-old in his role will be two newly elected Vice Chairmen Rachel Goldie from Yorkshire and Edward Dungait from Northumberland.

Dewi, an assistant manager at builders’ merchant CL Jones in Llanrwst, will focus on developing a new strategy for the organisation.

In January, key figures from across the group joined together to help progress NFYFC’s strategic plan.

This event, coupled with the feedback from clubs and counties, has helped to form a 'more focused plan of action' for the 88-year-old federation.

Digitalisation features high on the agenda for change as well as clearer guidance on the role of the national body, county federations and clubs.

Chairman Dewi Parry said: “YFC is an amazing organisation, and its 598 clubs make such a positive impact on the lives of so many rural young people across England and Wales.

“I’m excited about the changes we have been discussing for the federation’s future and delighted to be at the helm during a year when they will start to be introduced.

“British agriculture is facing unprecedented change, as we are too, as a nation, following our departure from the EU.

“It feels only right that NFYFC is also making a transformation.”

Dewi and the vice chairmen will be responsible for leading the Federation’s Council and ensuring its members continue to develop their local clubs and enhance the image of YFC.

More than 100 members gathered in Coventry over the weekend to pass motions that affect the running of the organisation and to elect the new officers of NFYFC’s Council.

The National Council is made up of 63 members, associate members and co-options from across England and Wales and is elected by YFC members to represent their views.