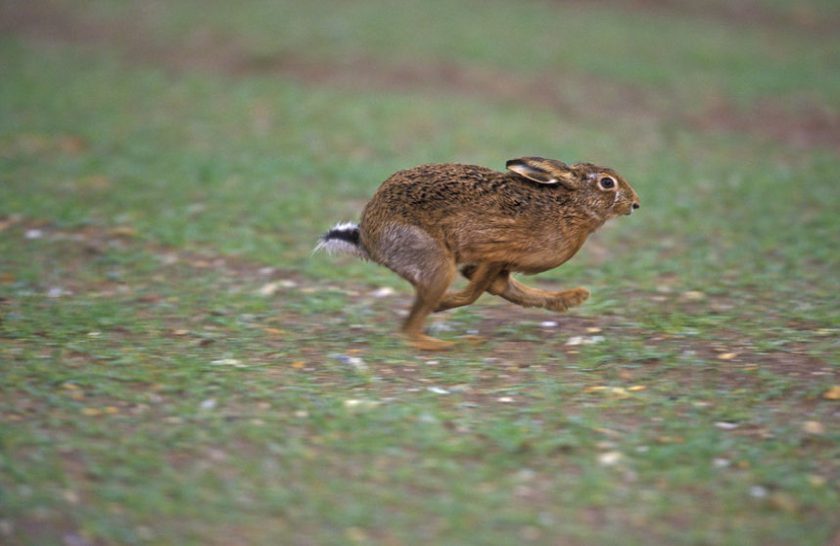 Campaigners are seeking tougher laws against hare coursing and poaching

A petition looking to prompt a change in law to increase sentencing for hare coursing and poaching has gathered well over 8,000 signatures.

The online campaign, uploaded on the parlimament.uk website, says the current law surrounding the crime is 'not fit for purpose'.

It adds that criminals are 'not deterred with the small fines handed out', and that increased fines and custodial sentences are required.

Hare coursing, where dogs compete against each other in pursuit of a hare, was outlawed by the 2004 Hunting Act.

However, the devastating crime now takes place illegally without the permission of the farmer or landowner.

It has also been reported that the crime sometimes involves live streaming to another location where bets often worth thousands of pounds are placed on the outcome.

The petition explains that as well as animal welfare issues, there are various other offences that occur during coursing.

"From trespass, often armed trespass, crop damage, and dangerous driving," it says, "theft and criminal damage are also linked. Intimidation and threats of violence are commonplace.

"Rural crime action teams are successful at apprehending offenders, but they are let down by the law and sentencing. There needs to be a more of a deterrent."

The petition is currently at 8,400 signatures as of Tuesday (5 January) and needs to reach 10,000 for the government to respond.

It comes as a coalition of leading rural groups seek to amend the 1831 Game Act to give enhanced powers to the police and criminal justice system in battling the crime.

The coalition say the Game Act is hindering attempts to tackle the 'devastating' impact of illegal hare coursing on the British countryside.