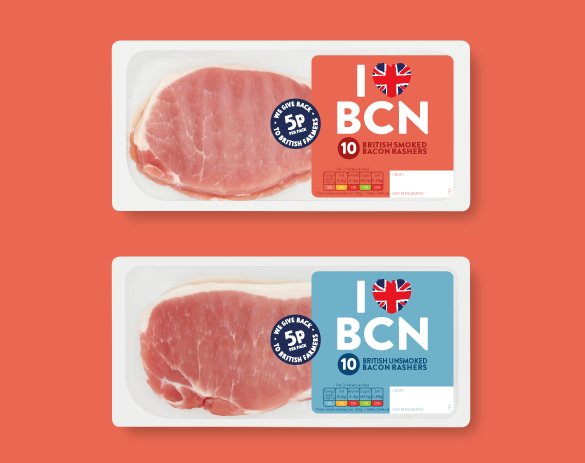 Pig producers have welcomed a new initiative from meat processor Karro to support the struggling sector, with every pack of pork sold to aid farmers.

The pork processor's ‘I Love’ campaign pledges to pass on 5p from every pack sold to the nation's pig producers, who are seeing record costs of production.

The products, which are being sold in Tesco, offer consumers a wide-range of pork options while also supporting the retailer's farming supply chain.

It currently costs an estimated 203-216p per kg to produce a pig, a figure forecast to rise even higher as wheat prices surge due to disruption caused by war in Ukraine.

The campaign, which is live in stores, will see the total amount generated for farmers calculated on a weekly basis based on the number of 'I Love' branded packs sold.

At the end of every four-week period the total amount in the fund will be divided between the total number of Red Tractor pigs processed during that period and split between qualifying supplying farmers.

Tesco highlighted the campaign in an announcement this week, setting out how it was supporting the pig sector.

Karro said the campaign had been launched following a difficult period for pork producers, driven by record high costs of production, the backlog of pigs on farms, retail demand and high feed costs.

Steve Canham, commercial director at Karro said: “The work that Karro is doing to support farmers in need is absolutely vital, especially during what has been a very tough year.

"We’re very proud of the I Love initiative and hope to expand it in the future.”

Responding to the launch, NPA chief executive Zoe Davies said: "This is a really positive initiative to sell more British pork in retail stores and ensure producers get a better price, as they face record costs of production.

"We would like to see as many retailers as possible stock this brand as part of a wider move to utilise more British pork lines on their shelves."