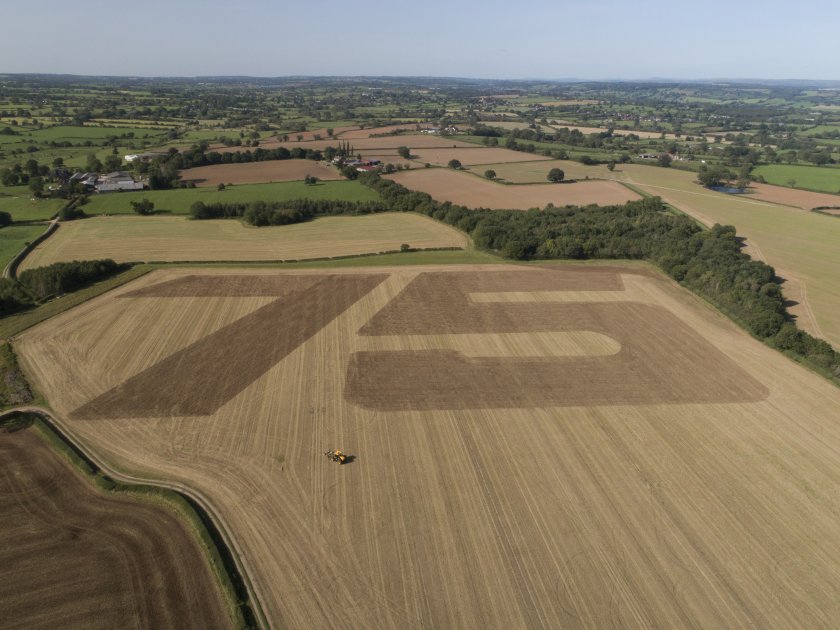 Tractor drivers have cultivated a huge '75' into farmland that is visible from space as a birthday tribute marking JCB's 75th anniversary.

JCB employees created the giant logo in a field eight miles away from the company’s World Headquarters at Rocester, Staffordshire.

In fact the tribute was so distinctive it could be seen by imaging satellites orbiting high above the earth. 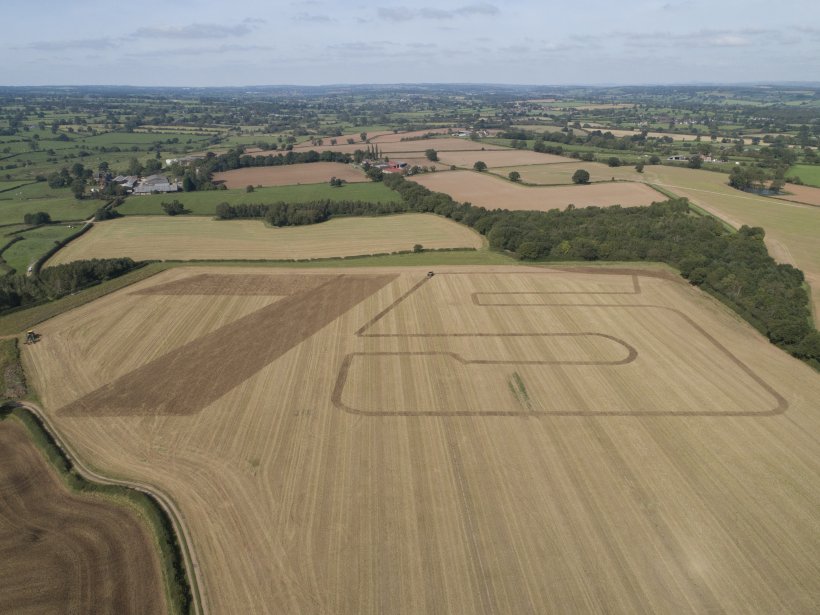 The tractor was equipped the firm's new Twin Steer guidance system, which controls both steer axles for high levels of accuracy

The artwork was created ahead of JCB’s 75th anniversary on 23 October by one of the company’s most famous products – the Fastrac tractor.

The tractor was equipped the new Twin Steer guidance system, which controls both steer axles for high levels of accuracy.

The image was created by uploading a digital version of the artwork prepared by precision farming firm Trimble, to the Fastrac tractor’s automatic steering system, which than calculated the guidance paths.

The operator only had to turn the tractor at the end of each run and lift and lower the cultivator mounted at the back – the guidance system did the rest. 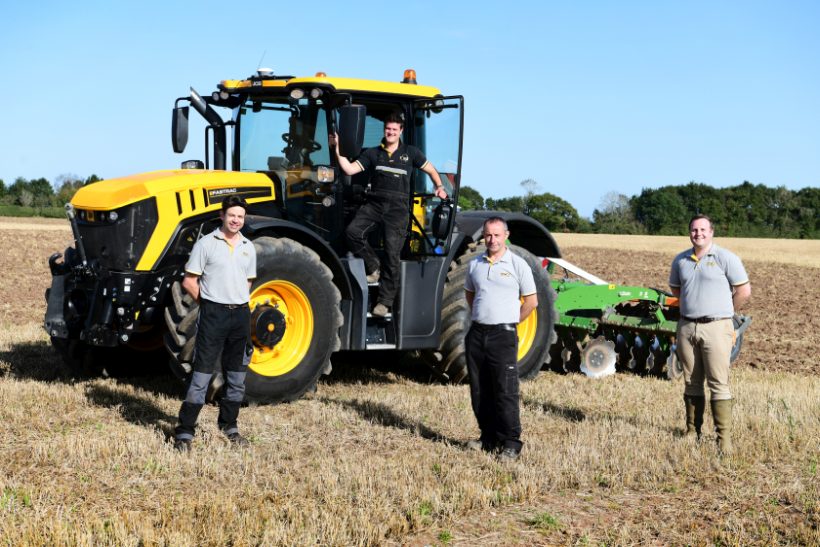 The Fastrac 4000 Series tractor used to create the commemorative artwork

JCB marketing manager David Timmis said: “75 years is a big milestone to reach and we wanted to mark it in a big way with a product which has played a significant role in JCB’s success.

"Using the Fastrac to create a giant logo in a field which could be seen from space seemed the perfect idea and the whole team was delighted with the result.”