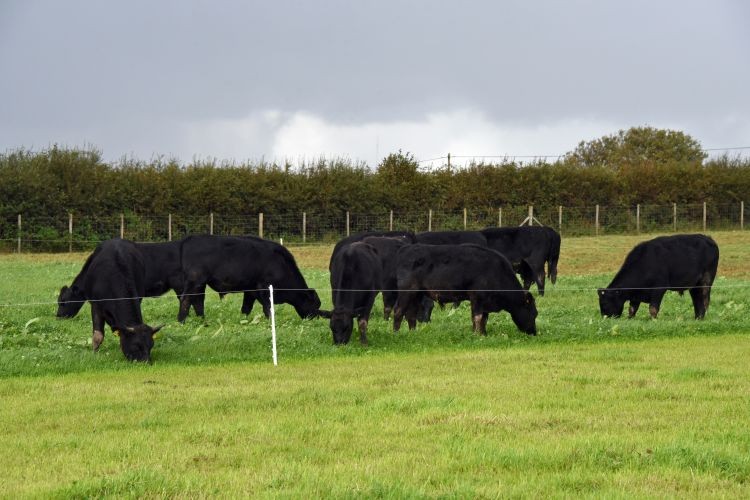 A new UK-wide research project has been launched looking into the economic and environmental benefits of different grazing systems.

The study will investigate the impact of mob grazing on animal performance, costs of production, soil properties and greenhouse gas emissions.

Effective grassland management is at the heart of improving the overall resilience of Welsh beef and sheep farms.

Mob grazing is a form of grazing management system where specific numbers of animals graze an area of land for a short period of time and are then rotated throughout a number of paddocks.

This allows for a ‘recovery period’ for pastures to re-grow as opposed to being continuously grazed under a conventional set-stocked approach.

An increased number of farmers have turned to mob grazing systems due to reported productivity benefits, but the wider economic and environmental cost benefits are largely unknown.

This collaborative project will investigate these to provide farmers with the evidence needed to demonstrate how this management system can improve productivity while enriching the environment.

The work will be carried out at Glynllifon farm in north west Wales, a well-established agricultural college that lends itself for broad engagement with the wider industry.

The research at Glynllifon will complement a Defra funded project that is being delivered by ADAS in England.

Rhodri Manod Owen, farm manager at Glynllifon said: "The overall aim of this project is to assess the practical, economic and environmental implications of transitioning from a conventional set-stock or rotational grazing system to mob grazing.

“The project will be able to identify whether a greater uptake of mob grazing practices is practical and economically beneficial for UK farming compared to set-stocking of livestock.

"It will also seek to identify any issues and benefits and whether there are any wider impacts of mob grazing systems, including its effect on soil, air and water quality, biodiversity, carbon storage and animal health and welfare.”

Nia Davies, HCC development officer said: "With no UK-based evidence of the productivity and environmental impacts of mob grazing, this project will deliver very timely and important work as we seek to improve the economic and environmental sustainability of our livestock systems.”

The UK wide project started in May 2021 and will run for three years across a total of nine farm sites.