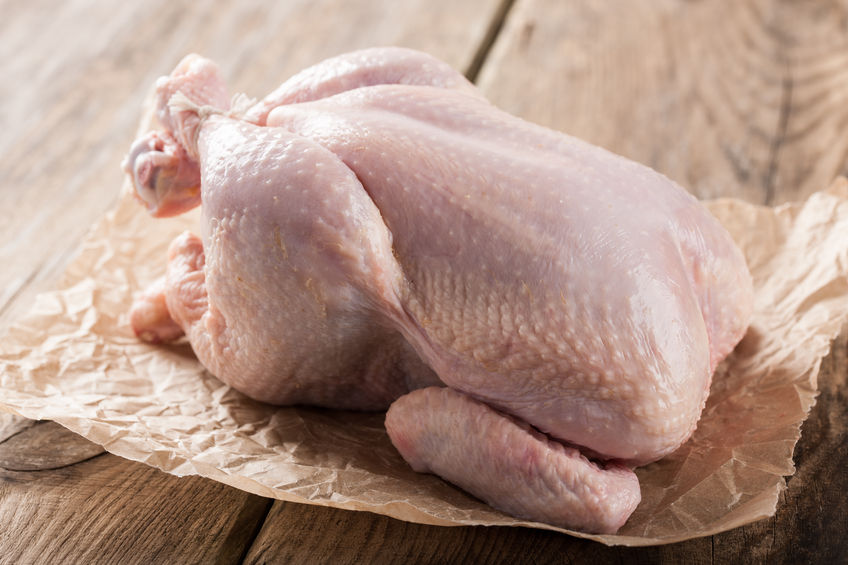 A new report has been released by the Food Standards Agency following the allegations of food hygiene and safety breaches at the 2 Sisters Food Group’s meat processing plant.

The report, published on 28 February by the Environment, Food and Rural Affairs Committee (EFRA), assesses the key findings of the Food Standards Agency (FSA) against each allegation made in the media, and subsequently investigated by EFRA.

The report was created following the allegations of food hygiene and safety breaches at the 2 Sisters Food Group’s meat processing plant last year.

It announces that the FSA will work with industry to implement CCTV across cutting plants, increased intelligence gathering through audit data sharing pilots across industry and improved insight into circumstances and factors leading to non-compliances and ability to anticipate them.

Jason Feeney, Chief Executive of the FSA said: “Our investigation found some areas for improvement but the issues were resolved promptly by the company, who co-operated fully, and at no point did we find it necessary to take formal enforcement action.

“The business has made a wide range of improvements across all their sites to improve processes. They are already publishing the outcomes of all their audits and are in the process of installing high quality CCTV across their estate that we will have full access to.

“These are measures we would like the whole industry to adopt.”

In a statement, 2 Sisters Group said its "welcomes" the publication of the investigative report into its UK poultry sites, and "fully supports" its outcomes and recommendations.

"In particular, we would draw attention to the following comments made in paragraphs 62 & 63 of its report – the outcome of the FSA investigation," the company said.

"Whilst the FSA investigation into 2SFG poultry cutting plants found some weaknesses in compliance with official controls, these issues were addressed promptly by the company and at no point during the investigation did we find activities in place that led us to issuing enforcement notices nor suspending approval for the production or distribution of poultry from these cutting plants.

"For the improvements the company has made to be sustainable, the company’s journey to a better corporate culture must continue. 2SFG appears to have embraced “openness” and this may go some way to giving assurances that the company is serious about continuous improvement.

"Not only did we act swiftly on remedying the situation once alerted last year, we have led the way with new initiatives to ensure trust and transparency are maintained within the industry.

"For example, we are the only UK food business to publish all of its audit outcomes and are introducing independently monitored CCTV at all of our cutting plants."

The report follows an investigation by The Guardian and ITV News over 12 working days of undercover filming at a 2 Sisters plant in West Bromwich.

Reporters recorded evidence that the firm, owned by the so-called 'Chicken King' Ranjit Sign Boparan, was putting customers at risk by tampering with food safety records.

EFRA subsequently held an inquiry into the matter. The Committee’s report, published in November last year, noted that there is “no systematic process for bringing together the various audits conducted by different regulatory bodies; as such there is no single overarching view about standards in a particular plant or facility.”

It said that after Assured Food Standards suspended 2 Sisters' Red Tractor accreditation, it did not "immediately and especially inform" the Food Standards Agency.

The Committee report said that unannounced visits are not "completely a surprise".

Even an unannounced visit gives processors a period of around 30 minutes' grace before the inspection begins and as a result "people will tend to be on their best behaviour."

The report goes on to say that the problems identified at the 2 Sisters plant at West Bromwich are "not a one-off".

It states that the past record of the 2 Sisters Food Group is "far from pristine" and there are "valid questions" to be asked of its corporate governance structure.

On 10 November last year, then-2 Sisters Group Chairman Ranjit Singh Boparan, who has now stepped down from the role following the scandal, wrote to the Committee confirming in writing the commitments he made to EFRA during his hearing.

• Placing a full time FSA inspector in West Bromwich poultry plant (now in situ) as well all other poultry plants.

• Sharing the forensic report analysing the Guardian/ITN footage with the Committee.

• Inviting the Committee to visit a 2 Sisters Food Group plant, announced or unannounced.

• Installing CCTV with complete coverage in all poultry plants (within 120 days), and establishing a CCTV committee.

• Implanting mystery workers into all poultry factories by the end of January 2018.

• Sharing progress on the above with the Committee.